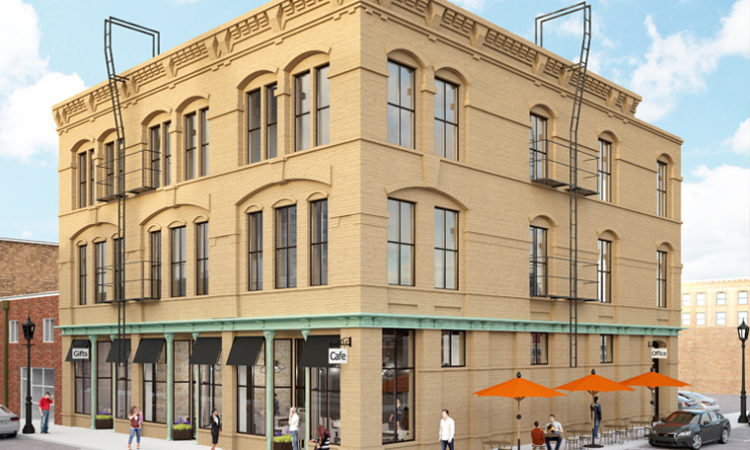 A rendering of the renovated Lowry Morrison Building in the North Loop. (Image from Element Commercial Real Estate)

The retail concept will open this summer in the vintage, renovated Lowry Morrison Building.
By Burl Gilyard
May 16, 2018

When people think of Marshall-based Schwan Co., they likely think of frozen pizza. The company’s brands include Red Baron, Tony’s and Freschetta. The company does not seem like a natural fit for the North Loop area of downtown Minneapolis, which has arguably become the city’s hippest neighborhood.

But Schwan’s is gearing up to open Edwards Dessert Kitchen this summer in the renovated Lowry Morrison Building on Washington Avenue North. The company’s first-ever retail concept will offer decadent desserts — the company is billing it as “the ultimate destination for unapologetic indulgence.” The menu will also include coffee from St. Paul-based True Stone Coffee Roasters and a cocktail menu developed with the help of Minneapolis-based Tattersall Distillery.

“The North Loop is the perfect location for Edwards Dessert Kitchen as it is a growing community with a mix of millennials to boomers, and single people to families. The North Loop is a neighborhood where the food culture is rich and it is already a destination for those living in the Twin Cities, making it a prime place to open,” said Stacey Fowler, Schwan’s senior vice president of product innovation and development, in a statement to Twin Cities Business.

The Lowry Morrison Building, which dates to 1879, is one of the oldest buildings in the city of Minneapolis, but has been standing vacant for many years. The property is owned by restauranteur John Rimarcik who owns the Monte Carlo, a North Loop institution.

JoAnna Hicks, CEO of Element, said that eyewear retailer InVision is moving from another North Loop location to a ground floor space at the building.

The building’s second and third floors, with a total of about 9,300 square feet, are being marketed as office space. Hicks said that she expects to have signed leases for both floors by the end of the month. Hicks notes that demand for North Loop office space is strong.

“They’re small boutique offices,” said Hicks. “But we have really excellent occupancy on that whole block.” 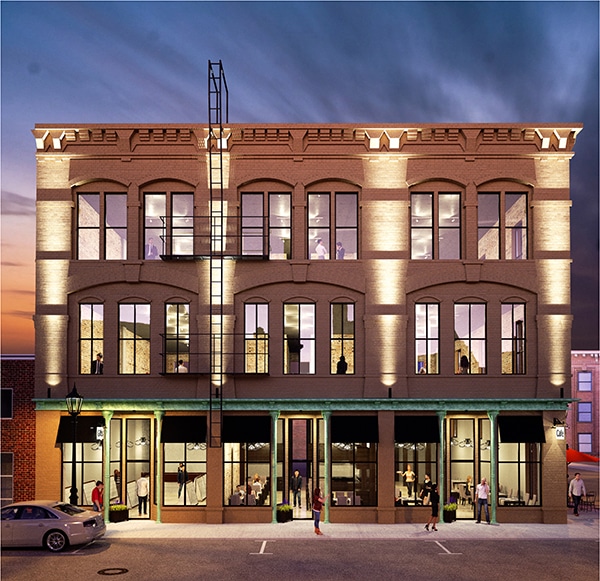 Another rendering of the Lowry Morrison Building in the North Loop neighborhood. (Image from Element Commercial Real Estate)