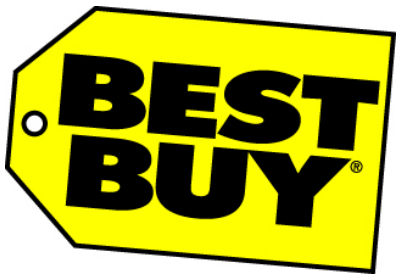 Analysts reportedly say that Schulze’s efforts to reclaim the company with a team of Best Buy veterans could put the current board on the defensive and lead it to hire a chief executive who has more prominence in the retail sector than Interim CEO G. “Mike” Mikan.
August 18, 2012

Since assuming the interim position in April, Mikan has campaigned aggressively to permanently take over as chief executive by appearing in company videos, giving speeches, and visiting stores, according to a Star Tribune report.

But Schulze, who owns roughly 20.1 percent of Best Buy’s shares, on Monday submitted a written proposal to the company’s board, offering to purchase the shares he does not already own for $24 to $26 per share in cash. He also said that he is in discussions with former Best Buy executives—including former CEO Brad Anderson and former President and Chief Operating Officer Allen Lenzmeier—who have voiced interest in returning to the company if Schulze completes a successful takeover.

According to the Star Tribune, analysts say Schulze’s efforts to reclaim the company with a team of Best Buy veterans could put the company’s current board on the defensive and lead the board to hire a chief executive who has more prominence in the retail sector than Mikan.

“They may need more of a heavy hitter,” Christopher Horvers, an analyst with JPMorgan, told the Minneapolis newspaper.

Mikan, a Minnesota native who has served on Best Buy’s board since 2008, formerly served as chief financial officer of Minnetonka-based UnitedHealth Group, Inc., and as CEO of its Optum subsidiary. He left UnitedHealth in July 2011.

Best Buy appointed Mikan interim CEO after Brian Dunn resigned from the top post amid a scandal involving an employee. The company’s board of directors said at the time that a permanent CEO would be named within six to nine months.

But Patricia Lenkov, founder and CEO of Agility Executive Search in New York, told the Star Tribune that the company shouldn’t wait that long.

“Absolutely, [the board] has to speed it up,” Lenkov said. “Uncertainty at the top spreads all the way down. Waiting until the end of the year is a recipe for disaster.”

However, the board has not changed its timeline for finding a new CEO, the Star Tribune reported.

Meanwhile, Mikan has reportedly suggested that his experience running Optum, which deals extensively with data analytics, would be an asset for Best Buy, as it tries to better predict consumer behavior and manage inventory.

Meanwhile, The Wall Street Journal reported that Schulze envisions a turnaround plan for the electronics retailer that involves cutting prices to better compete against Amazon.com and other online retailers while ensuring that the in-store customer-service experience is as good as Apple’s. Such efforts, which would reduce profit margins for the company, will reportedly be scrutinized by the Best Buy board as it considers Schulze’s proposal to take over the company.

Best Buy is Minnesota’s third-largest public company based on revenue, which totaled $50.7 billion for the fiscal year that ended in March. It has recently shuttered stores and laid off workers as it attempts to reinvent itself and to compete with online retailers like Amazon.com. In May, the company announced that its first-quarter earnings fell 25 percent, due in part to restructuring costs and a decline in same-store sales.