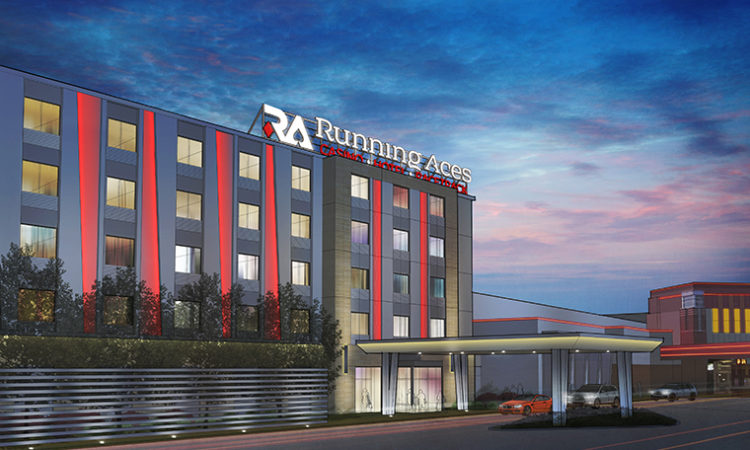 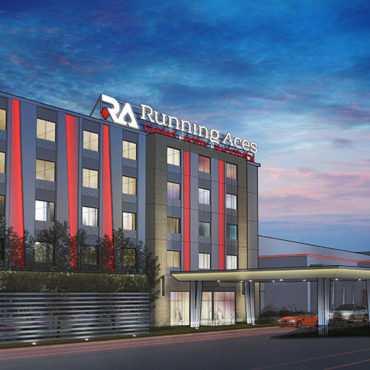 Next month, the Running Aces Casino in Columbus, Minnesota, will open a hotel alongside its card room and race track.

The company invested more than $18 million into the 116-room hotel, said president and CEO Taro Ito. Construction wrapped up in about 17 months.

The casino-hotel combination has shown to be a successful business model, Ito said.

“We conducted a feasibility study, and regardless of the casino being here, the North Metro area was really in need of a quality hotel,” Ito said. “A hotel could stand on its own.”

The Cunningham Group and Truline Construction worked with Running Aces to execute a modern Scandinavian-inspired concept. The decor features original art, including a custom mural by local artist Adam Thurman. GrandStay Hospitality LLC will operate the hotel, which could be rented out for graduations, weddings, reunions, and meetings, Ito said.

The company will have a grand opening for the hotel on March 11.

Running Aces, which holds one of two horse racing licenses in Minnesota, has harness horse racing. The other license holder, Canterbury Park, does thoroughbred racing. With 80 card tables, Aces aims to differentiate itself from the state’s other casinos that have random number generated games like slot machines. For example, Aces is close to the Twin Cities and prohibits smoking. The casino also has windows facing the racetrack in the card room, Ito said.

“Obviously, the horse racing is an integral part of the whole business. Racing is a destination type attraction,” Ito said. “In the summer, Minnesota gets a lot of visitors from all over.”

Running Aces also features a trout pond, where guests can catch their own dinner.

“This is a boutique hotel,” he said. “You put all that together â — horse racing, trout air, gaming, the entertainment, and all that stuff — and it just makes for an attractive place to come during the summer and experience Minnesota.”