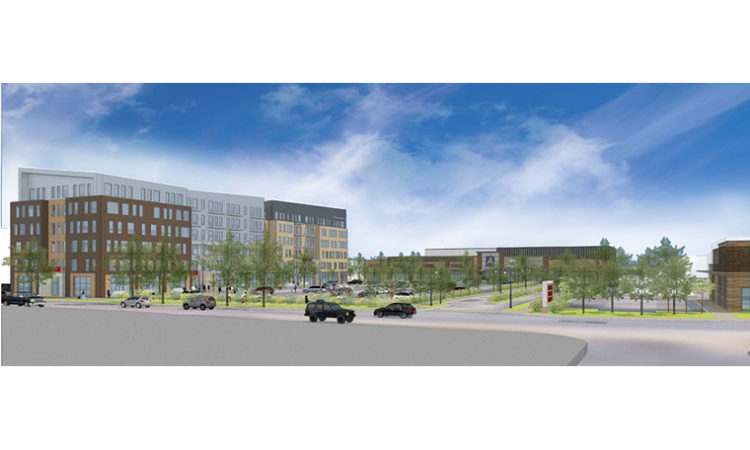 Rendering of the Midtown Corner project

St. Paul-based developer Wellington Management Inc. woke up on Thursday morning to find its under-construction, 190-unit apartment project in its Minnehaha Commons redevelopment near the intersection of Lake Street and Minnehaha Avenue in south Minneapolis had been torched and burned to the ground.

The six-story, 190-unit affordable housing project had been slated to open in the spring of 2021. A city of Minneapolis worksheet on the project listed the total development cost at approximately $37 million, including contingency and reserve funds; land and construction costs were about $30 million. The apartment project has been known as Midtown Corner.

The property is near Minneapolis’ 3rd Police Precinct. Protests there Wednesday night over the Monday death of George Floyd in police custody became violent with numerous businesses in the area looted and several buildings burned.

At the press conference, city leaders did not get into specifics about damage to businesses or estimates of total property damage.

“These businesses are staples in the community, many of them are long-standing institutions,” said Mayor Jacob Frey in reference to businesses that were damaged and looted on

Wellington Management, which has previously developed several other projects in the area,

acquired the 5.8-acre site in 2016. Wellington has previously developed a charter school and a 35,000-square-foot retail property at the Minnehaha Commons site. The retail is anchored by an Aldi grocery store which opened in November 2018. The affordable housing project was the third phase of redevelopment on the site.

According to the city’s project worksheet, Midtown Corner was being almost entirely privately financed. There is no city of Minneapolis money in the deal. The city’s project overview lists approximately $384,000 in public money from Hennepin County, the Metropolitan Council, and the Minnesota Department of Employment and Economic Development.