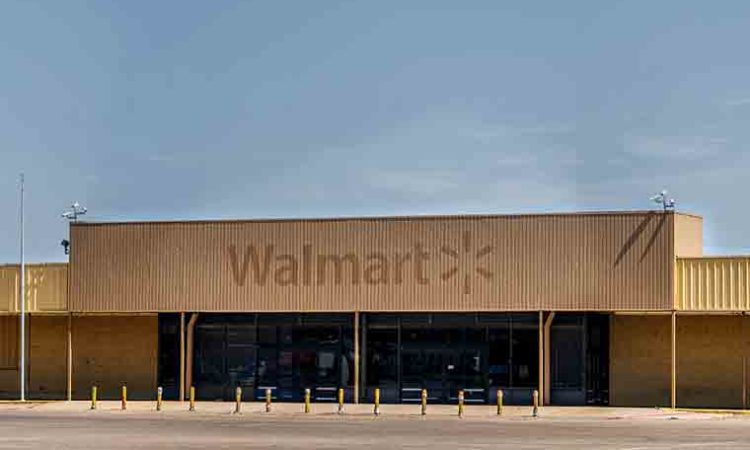 We found the emptiest big-box stores.
By Burl Gilyard
October 15, 2019

Not many retailers are building big-box stores anymore. In some cases, the cavernous spaces are shuttered, becoming headaches for property owners and the community. Which local big-box stores have been sitting empty the longest?

Local retail real estate brokers anecdotally came up with two contenders:
a former Walmart in St. Anthony and a former Rainbow Foods in Blaine. Both have been empty for more than five years.

The Walmart was part of the Silver Lake Village development built in 2004–05 on the site of the former Apache Plaza mall. Walmart closed the store in 2014 when it opened a new, larger store in Roseville; the 142,610-square-foot space constitutes half of the center’s retail space.

In an email to Twin Cities Business, a media representative said, “Walmart is … actively marketing the space for sublease.” Its lease ends in 2025. But a potential redevelopment could wipe the slate clean. Bloomington–based Doran Cos. has proposed razing the store to build 470 apartments over two phases. Doran has a purchase agreement with Chicago–based Inland Real Estate Group for the site, contingent on city approvals.

“You’ve got some great adjacent uses,” says Evan Doran, senior director of development for Doran Cos. That includes a Cub Foods, which anchors the remaining Silver Lake Village. If the city green-lights the project, Doran hopes to demolish the Walmart this winter.

A few months after the Walmart closed, a Rainbow Foods in Blaine was shuttered in 2014. “We’ve had very few phone calls on that,” says Erik Thorvig, Blaine’s community development director. “I think one of the issues is just the depth of the space has been difficult for people that have looked at it.”

Thorvig says the site’s ownership has been in flux, a roadblock. The city has floated tearing down the store to redevelop the edge of what is still called Rainbow Village center.

The ultimate solution could echo the likely fate of St. Anthony’s Walmart. “Multifamily housing could be an option,” Thorvig says.