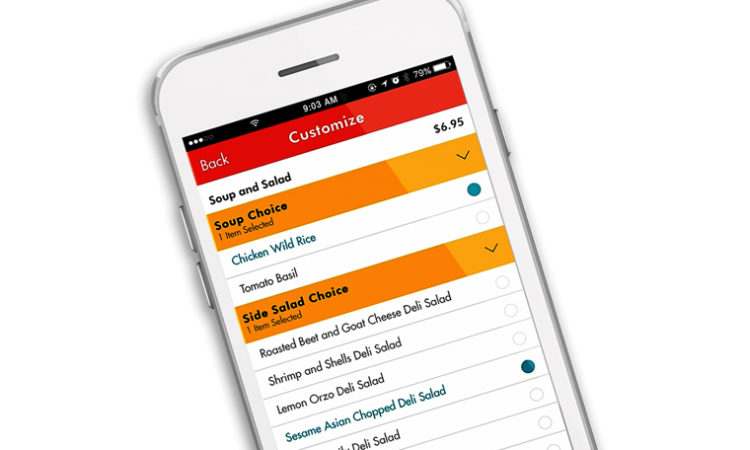 Foodsby, a company that coordinates deliveries to employees of 100-or-more-person office buildings, is well on its way to hitting the $13.75 million goal set in its Series B round.
By Amanda Ostuni
August 20, 2018

Since kicking off its Series B fundraising round on August 3, restaurant delivery service Foodsby has raised $13.5 million from five investors. The Minneapolis-based company, which currently operates in 15 major markets across the U.S., is at the tail end of its campaign with just $250,000 left to raise before hitting its goal.

A spokesperson for Foodsby said the capital will be used for market expansion – toward a pre-existing goal of entering 15-25 new markets through 2018 – and talent investment, particulary in its Sales, Marketing and Development teams.

Founded by Ben Cattoor in 2012, Foodsby is a business-focused answer to Bite Squad, DoorDash and the like. Its subscription-based delivery service targets whole companies rather than individuals. When, for instance, an office building signs up for Foodsby, the company will coordinate delivery arrangements that suit both restaurants and hungry office staff.

Its system allows delivery-weary restaurants to deliver their food en masse – at one time within their own desired time frame – so that there’s no need for a full delivery staff.

“It doesn’t take a single person to initiate, and you can’t see what others are ordering,” Cattoor explained in an interview with TCB in July 2017. “Although you can’t choose any restaurant, there are enough restaurants to meet the demand, plus the delivery fee is only $1.99, and there’s no tipping.”

For logistical purposes, Cattoor partners only with office buildings of at least 100 employees. As of last year it already had 1,500 corporate partners and about 1,000 restaurant partners. Smash Burger, Subway and Which Wich were among the businesses to sign up with Foodsby.

Customers using the service receive a daily email of restaurants to choose from with a set ordering deadline. Deliveries are made to one central location and users are notified of food arrival through Foodsby’s app.

Foodsby’s model has enabled it to gain a foothold in suburban markets near the urban areas best built for its service.

After Foodsby’s Series A round last spring, the company used the $5.9 million it raised to grow into three new cities: Chicago, Phoenix, and Washington, D.C., as well as add talent.

The company has now received $21 million in funding to date, according to the spokesperson, leading to its growth to 15 markets in the last five years, with millions of lunches served each year.