An industry trade association said that the wine and spirits business directly supports 13,900 jobs in the state, including about 1,210 workers at wholesaler companies.
October 20, 2013 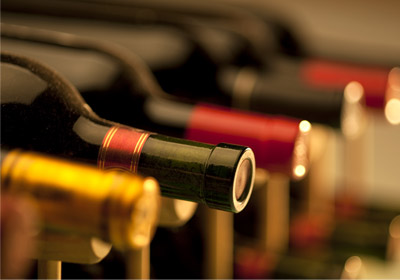 It’s been eight decades since Minnesota signed off on the appeal of prohibition, and members of the state’s wine and liquor industries are using the anniversary as a chance to tout the economic impact of their businesses.

The Wine & Spirits Wholesalers of America—a national trade association whose 350 member companies distribute roughly 70 percent of all wines and spirits sold wholesale in the United States—released a new report detailing the impact of wineries on Minnesota’s economy. The report, which was put together by New York-based research firm John Dunham & Associates, states that the “total economic impact” of the wine and spirits industry in Minnesota is $3 billion annually.

The report also found that the wine and spirits industry directly supports 13,900 jobs in the state, including about 1,210 workers at wholesaler companies. And the industry generates a total of $473 million in state business and consumer taxes, according to the report.

In a feature story for its July issue, Twin Cities Business explored Minnesota’s growing wine industry. In 1990, there were two licensed wineries in the state awaiting sourcing. Today there are more than 60, with 41 of them actively selling wine, according to the Minnesota Grape Growers Association. Read more about the state’s wine industry here.

Wine and liquor aren’t the only libations affecting Minnesota’s economy: The state continues to see a craft beer boom. For example, so-called “taprooms,” at which local brewers can sell their beer on-site, continue to emerge. (Minneapolis will soon even see a hard cider taproom.) Brooklyn Center-based Surly Brewing Company is poised to build a $20 million “destination brewery” in Minneapolis, Summit Brewing Company has been expanding in St. Paul, and Fulton Beer just announced plans for a new 51,000-square-foot production facility in Northeast Minneapolis. Outside the Twin Cities, Cold Spring Brewing is making its own craft beer and contract brewing for others at a relatively new $14 million brewhouse.

A report produced earlier this year by the Center for Applied Business & Economic Research at the University of Delaware found that Minnesota’s beer distributors directly employ more than 2,200 and add more than $1 billion to the state’s gross domestic product.

Much of the growth in Minnesota has been fueled by an influx in smaller craft brewers. Nationwide, craft brewers employ about 108,440 jobs, and their revenue climbed about 17 percent to $10.2 billion in 2012, according to the Brewers Association.