National sales tied to the recreational boating industry increased amid higher demand and the introduction of new products.
May 30, 2014 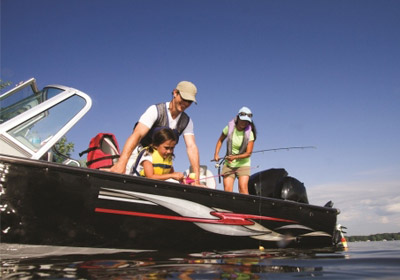 After rebounding in 2012, the national recreational boating industry continued to see revenue increases in 2013. And despite—or perhaps because of—dismal winter weather, industry leaders expect 2014 to be even better.

The National Marine Manufacturers Association (NMMA), a major trade organization for watercraft and boating accessory manufacturers in the United States, said Tuesday that the recreational boating industry generated $36.7 billion in retail expenditures in 2013, a 3.2 percent increase from 2012. The organization expects 2014 retail sales to be 5 to 7 percent higher.

The NMMA also released a ranking of states by most new powerboat, motor, trailer and accessory sales. Despite ranking first for boats per capita, Minnesota placed fifth on the list of top-spenders, reporting $554.5 million in sales, a number that essentially held steady from the previous year. Florida topped the list at $1.9 billion, presumably due in large part to a larger population and accessibility to the ocean.

According to the NMMA, 88.5 million adults in the U.S. participated in boating at least once in 2013 and fishing remained the most popular boating activity, with 58 percent of boaters engaging in it.

An estimated 166,800 new powerboats and sailboats were sold at retail nationwide in 2013, a 2.2 percent increase from the previous year, the NMMA said. It was the first year since 2009 that the ratio of pre-owned to new boat sales decreased. NMMA President Thom Dammrich attributed the shift to an increase in innovative and versatile boats on the market—ones that can be used for watersports, fishing, or relaxation and cost less to manufacture. The NMMA says that 95 percent of boats sold in the U.S. are manufactured domestically.

“Following a year of inclement weather throughout the U.S. driving pent-up demand and Americans taking to the water in record numbers, the industry is primed for a busy selling season,” Dammrich said in a statement.

NMMA said its members produce more than 80 percent of boats and equipment used by recreational boaters in the U.S. and Canada. The organization released the findings as part of its annual U.S. Recreational Boating Statistical Abstract, the full version of which will be available June 1.