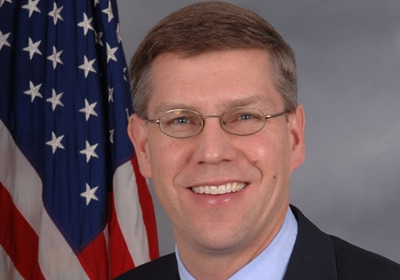 The 2.3 percent tax placed on medical device sales was said to be harmful to medtech innovators, of which many are located throughout Minnesota.
January 14, 2017

Congressman Erik Paulsen kicked off his fifth term in the U.S. House by introducing new legislation that, if passed, would repeal the 2.3 percent tax applied to the sale of medical device products.

Paulsen, who represents Minnesota’s third district, helped pass a two-year suspension of the excise tax in 2015, two years after President Obama signed off on the tax’s implementation. The two-year suspension received broad bipartisan support, which Paulsen is looking to recapture with a permanent repeal through legislation called the “Protect Medical Innovation Act of 2017.”

“One of the best ways to protect American manufacturing, spur innovation, and make sure the latest and best medical technology is affordable for patients is to repeal this burdensome tax,” Paulsen said in a statement.

If the legislation passes, manufacturers of health care products such as pacemakers, ultrasound machines, artificial hips, ventilators and X-ray machines would no longer be faced with a tax that, according to Paulsen, had “driven [research and development] overseas, harmed job creation here at home, and made it difficult for small businesses to grow.”

With Minnesota being home to the most geographically concentrated per-capita medical device footprint in the world, Minnesota-based companies were shouldering approximately 25 percent of the tax burden, according to a report by Medical Alley Association, the nation’s largest life sciences trade association. Minnesota representatives from both sides of the political spectrum have pushed against the tax since its implementation.

“I opposed the medical device tax from the start,” said Minnesota Senator Amy Klobuchar, “and have led Senate efforts…to repeal it because of its impact on manufacturing and innovation in Minnesota and across our country.”

More than 200 cosponsors have already come out in support of Paulsen’s Protect Medical Innovation Act. Moreover, advocates within the medtech field have begun to express their support of the permanent repeal.

Of the more than 700 Minnesota medtech companies that benefited from the tax’s suspension, Mayo Clinic may have reaped the most benefit.

The Rochester-based medical organization said it had ramped up its investment and research and development efforts in 2016 with a number of partnerships and deals. Aside from its continued spending toward Rochester’s transformation into “America’s health care capital,” last March, Mayo unveiled an R&D partnership with Boston Scientific that industry insiders said was made possible through the repeal of the medical device tax.

Senate Majority Leader Mitch McConnell said that repealing Obamacare is the “first item up in the new year,” which would eliminate the 2.3 percent tax that is responsible for approximately $2.5 billion in federal funding annually.