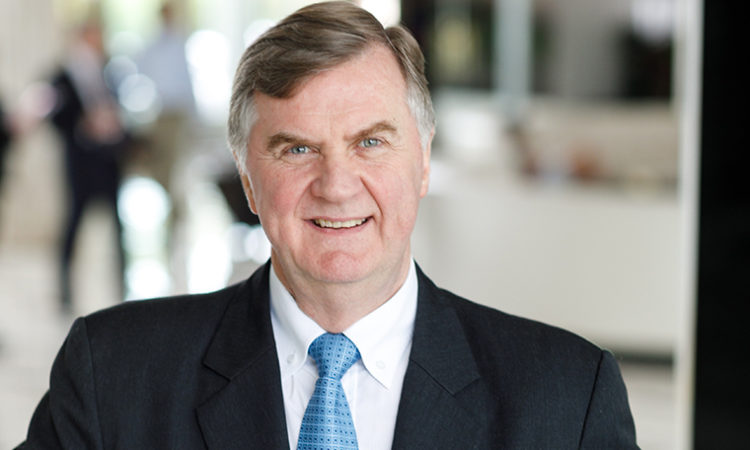 'Oversight' of the company will now come from Brussels.
By Burl Gilyard
September 30, 2019

The company never issued a press release with the news but confirmed it after an inquiry from Twin Cities Business on Monday. It is not clear why the company, also known as the Radisson Hotel Group, did not announce the unexpected news two months ago.

In a statement, the company confirmed that Kidd “retired in late July 2019 after more than 40 years of service in the hospitality industry.”

Kidd was at the helm for just over two years; he was tapped as CEO of Radisson Hospitality in May 2017. Kidd is a native of New Zealand and spent the bulk of his career in Asia with Hilton and China-based HNA Hospitality Group.

So now that Kidd has retired, who’s in charge? It’s the leader of subsidiary Radisson Hospitality AB based in Brussels, Belgium.

As fate would have it, Kidd previously replaced Gonzalez, who served a brief stint as CEO of Radisson Hospitality Inc. in 2017.

What does it mean for Radisson Hospitality’s business if the company no longer has a CEO based in Minnesota? A company spokesman declined to elaborate beyond the statement provided to TCB.

Minnesota business legend Curt Carlson got into the hotel business in 1960 after acquiring a 50 percent interest in the Radisson Downtown Hotel in Minneapolis and began building Carlson Hotels. Curt Carlson died in 1999.

In recent years the company has undergone significant changes. In 2005, Carlson Hotels acquired a 25 percent stake in the Sweden-based Rezidor Hotel Group. When its Rezidor stake increased to 51 percent in 2012, it rebranded as the Carlson Rezidor Hotel Group. In 2016, the China-based HNA Tourism Group acquired Carlson’s hotel business. That’s the deal that brought Kidd to Minnesota; he had previously been president and COO of the HNA Hospitality Group.

In 2018, the Carlson Rezidor Hotel Group changed its name again, this time to the Radisson Hotel Group. Later in 2018 the company was sold again, to a consortium led by China-based Jin Jiang International Holdings Co. Ltd. The deal closed in November 2018.

It is not clear if the company’s new ownership had anything to do with Kidd’s departure.

Earlier this year, TCB did an in-depth Q&A with Kidd on Radisson’s business.