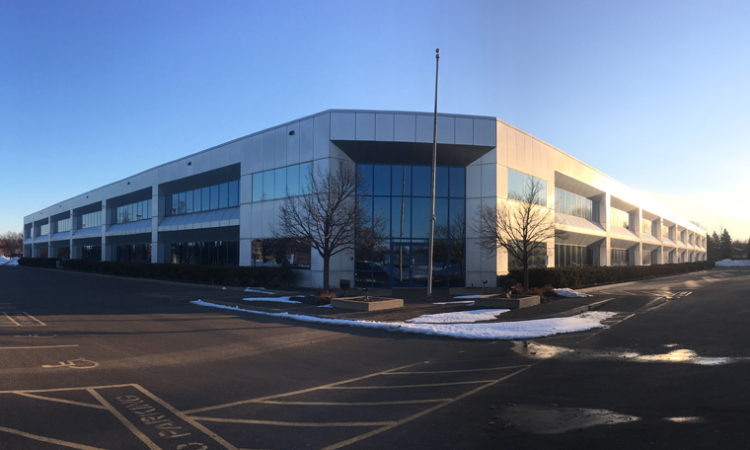 Protolabsâ purchase of a facility in Brooklyn Park will enable the fast-growing digital manufacturing company to expand its prototyping and low-volume production capacity. ( Photo by Protolabs)

The Maple Plain-based company announced Friday it purchased a 152,000-square-foot manufacturing facility in Brooklyn Park, which it plans to primarily use for CNC machining. Terms of the deal were not disclosed.

CNC — short for “computer numerical control” — involves the use of pre-programmed computer software to control machine tools, such as lathes, mills, routers and grinders.

Demand for CNC machining services has been soaring at Protolabs, the company said in its news release. In 2017 alone, sales from the business group grew by more than 27 percent to more than $100 million.

As part of the move, about 225 workers from Protolabs’ Plymouth facility will be shifted over to the new Brooklyn Park site. Furthermore, the company committed to creating nearly 150 more jobs for the facility over the next three years. To allow for the growth, Protolabs is having a 50,000-square-foot addition built onto the plant.

Current estimates from Protolabs have the Brooklyn Park plant as being fully operational by the end of the year.

Subsequently, Protolabs said it would be expanding its injection molding facilities in Plymouth into the space previously occupied by it CNC machining business. With more room for 3-D printers and other injection molding machines, the company is hoping to increase its capacity to keep up with rising customer demand.

“We are excited about the growth we’ve experienced in machining,” said Rob Bodor, vice president and general manager of Protolabs’ North and South America-facing operations, in a statement. “We helped over 35,000 product developers last year and this added capacity will provide the scale to continue serving companies from innovative startups to Fortune 100 companies and everyone in between.”

Protolabs has been on a steady growth streak in recent years. The company, founded in 1999, purchased its facility in Plymouth in August 2013. The site was originally meant to house around 350 employees, but today is occupied by upwards of 550 employees, according to the Star Tribune. Since then, the company has also grown its operations in North Carolina as well as overseas in Japan, England and Germany.

Moreover, Protolabs has been stocking up on machinery in the last 12 months. The recent addition of 75 CNC mills and 25 injection molding presses in the U.S. have helped fuel is capabilities and push its total manufacturing capacity to more than 1,000 presses, mills, lathes, press brakes, laser cutters and 3-D printers worldwide.

“Opening an additional facility in Brooklyn Park, along with investing in more machining and injection molding equipment around the world,” said Bodor, “demonstrates our ability to evolve and increase the services we provide to our customers as we capture share in this dynamic market.”

In its last fiscal year, Protolabs reported $52 million in profits off of $344 million in sales. Its employee count, meanwhile, currently stands at 2,300 workers around the globe. 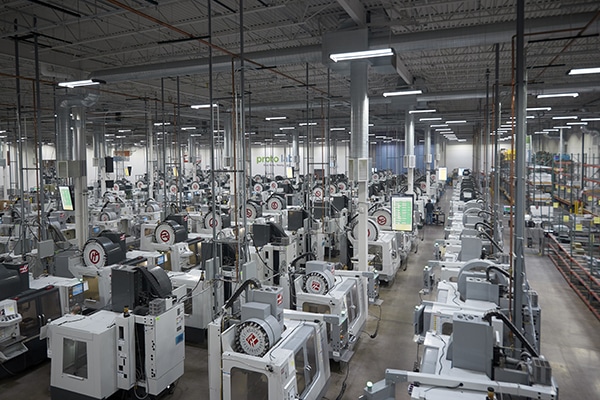 A look at all of the CNC machines housed at Protolabs' Plymouth site. (Photo by Protolabs)