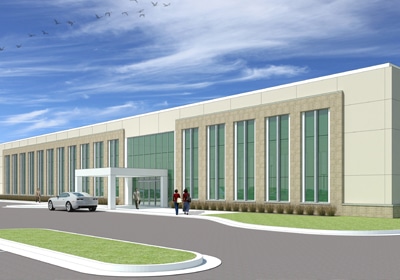 The growing PrairieCare LLC will be the anchor tenant in a new Brooklyn Park medical office building to be developed by Minneapolis-based Ryan Companies US, Inc. PrairieCare provides mental health treatment for patients.

The new building is next door to PrairieCare’s 50-bed psychiatric hospital for children and adolescents, which opened in September 2015. A PrairieCare outpatient clinic will occupy the entire second floor of the new building.

The 40,000-square-foot medical office building will be located within the 610 Zane Business Park. Construction is set to begin this fall; the project will be completed in the spring of 2017.

PrairieCare started in 2005. Today, the group has seven metro locations and another facility in Rochester. Its newest location opened in Maplewood in March. PrairieCare’s headquarters are in Brooklyn Park. TCB took an in-depth look at PrairieCare in 2014.

Jen Holper, marketing director for PrairieCare, says that its growth is being driven by need in the community for its services.

“There’s just simply not enough providers for mental health care,” said Holper. “We’re excited to be able to grow and meet the need of the community.”

Erwin Effler, Ryan’s vice president of development for health care projects, said that another tenant will be announced for the Brooklyn Park project within the next week. Effler said that Ryan Companies is seeing solid demand from health care tenants in the market.

“We knew PrairieCare was looking for space and we’ve been in discussions with a number of potential users over the last six to eight months. We have a number of other interested parties as well,” Effler said of the Brooklyn Park building.

Effler added that Ryan Companies plans to announce another medical office project in Maple Grove in the next few days.