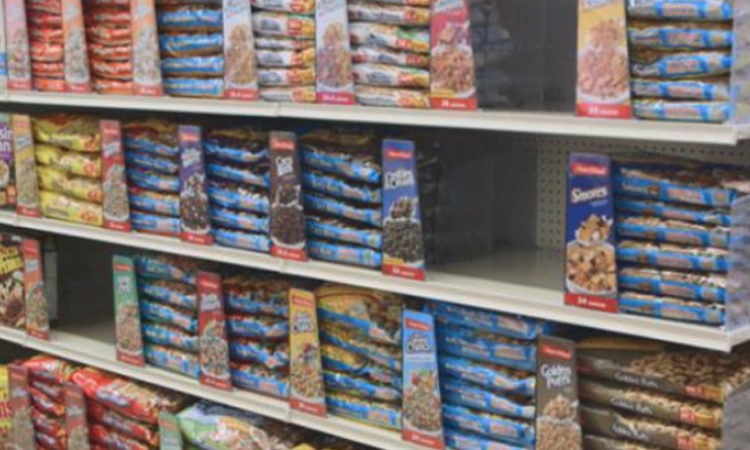 In its suit, Post claimed General Mills developed a bagged cereal design and merchandising system that closely mirrored the one it created a year previous.
By Sam Schaust
September 26, 2017

Post Consumer Brands, the Lakeville-based maker of Honey Bunches of Oats and Fruity Pebbles, filed suit on Tuesday against Golden Valley-based General Mills, known for its Cheerios and Lucky Charms brands, claiming its rival replicated its bagged cereal products, as well as a merchandising system displaying the bagged cereals.

In the lawsuit, which was filed in the Eastern District of Missouri, Post said it was a year ahead of General Mills with its merchandising system. Starting in 2016, Post distributed its new system, which allows for a neater display and the ability to stock 25 percent more cereal that older systems, to grocery stores around the nation. With Post’s system in place at Hy-Vee, Walmart and other locations, the company’s sales were on the rise, Post said.

General Mills’ version of the bagged cereal divider—essentially a clear plastic container for the cereal with a front-facing label—didn’t hit grocery shelves until early this year, according to Post. 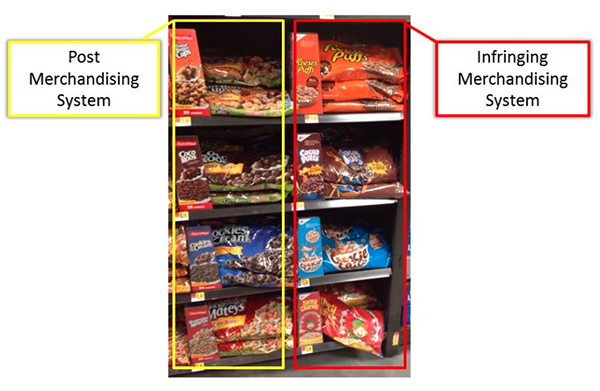 In its suit, Post included a side-by-side comparison of its bagged cereal merchandising system with that of General Mills. (Photo by Post)

Notably, Post was not first to the market with bagged cereal, but it owns one of the concept’s early users. MOM Brands Company LLC, which sold Malt-O-Meal cereal in value-sized bags for years, was acquired by Post in 2015. Post eventually shifted its headquarters to Lakeville with the purchase, while its parent company, Post Holdings Inc., remained in St. Louis.

General Mills is currently the nation’s second-largest seller of dry cereal behind Kellogg. Post is third. However, when it comes to individual cereal brands, General Mills and Post take the first and second spots for Honey Nut Cheerios (General Mills) and Honey Bunches of Oats (Post), according to Statistica.

Linda Fisher, the director of corporate communications for Post Consumer Brands, told the Star Tribune that efforts to resolve its conflict with General Mills outside of court were unsuccessful. “We spent millions of dollars creating our merchandising system for the Malt-O-Meal cereal brand,” she said. “We work hard to protect these investments in the marketplace and we’re going to work just as hard to protect it in the courts.”

Given the lawsuit’s recent filing, a General Mills spokesperson told the Star Tribune that it was just looking into the case.

Post did not specify how much it sought from General Mills in damages. Instead, the company said it was seeking the profits General Mills received from its purported infringement, as well as additional compensation and money to cover its attorneys’ fees.