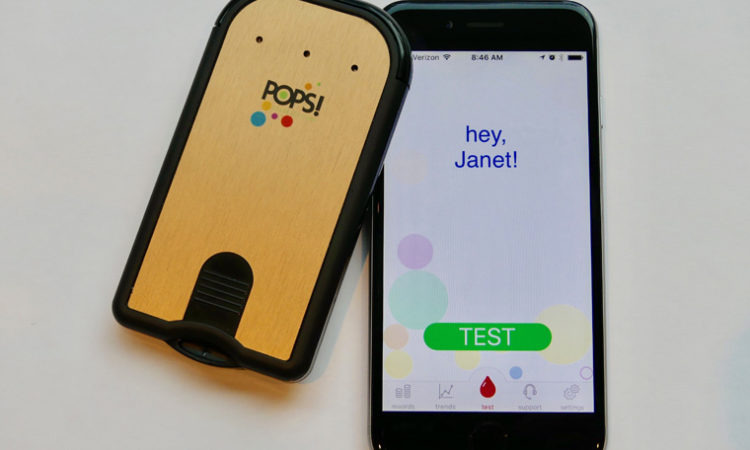 Pops! Diabetes Care Raises $2M as it Scales Up for Product Launch

The medical device company expects to get FDA approval for its flagship product this year.
By Jared Goyette
January 03, 2018

Oak Park Heights-based Pops! Diabetes Care closed a successful funding round on Wednesday, raising $2 million from 22 investors as it prepares to launch its flagship product (once it receives FDA approval).

It was the diabetes management company’s third financing round after raising $1.2 million last January and another $500,000 in February of 2016.

Pops! Diabetes Care makes a blood glucose meter that attaches to the back of a cell phone case, and syncs with the company’s app via Bluetooth. The company submitted the device to the FDA last Spring, and CEO Lonny Stormo said they expect to get approval this year.

“We are working on FDA approval for 2018 and are using this money to scale up and prepare for launch,” Stormo told TCB.

Stormo said that that unlike other glucose monitoring systems—which often involve needles, test strips and a meter, all contained in a zip-up bag—Pops!’s device is simplified and smaller, fitting in a container that attaches to the back of a smartphone. It’s designed to create a quick process: The user presses down on one space to slightly prick a finger and then presses another slot to leave a blood sample. The device then takes a reading and sends it an app on the phone.

“What we are not trying to be is another medical device. We’re trying to be a very simple, approachable way for people to manage their blood sugar,” Stormo said.

There are several apps and meters currently available for monitoring blood sugar levels, but the company conducted a study with The Children's Hospital which indicated that while 90 percent of respondents said they would like to use an app to measure their glucose level, less than 20 percent said they did so regularly.

The company’s approach to this problem has been to create when Stormo called a “more consumer-oriented” app with a simpler interface. For instance, while other apps ask users to enter exercise levels or carb intake, the Pops! app doesn’t, instead focusing on providing the test readings and showing users their trends.

“Our philosophy is that you create a very simple, easy, consumer type experience, people are going to be more willing to enjoy it, and the second thing is that the algorithms that running behind the app help people reach their goals in a very easy way,” Stormo said.

Another element of the company’s approach is what Stormo described as its “tele-health” and cloud connectivity: Users can set up the app so that family members can be automatically sent a text if, for instance, their blood sugar is too low. This way health care providers can access test data and monitor progress.

Stormo founded Pops! Diabetes Care in 2015 after working in the cardiovascular group at Medtronic for 30 years. He has Type 1 Diabetes himself, and says the idea for Pops! came about because of his own frustrations dealing with the available glucose monitoring devices and software.

The ultimate goal, he said, is to give people with diabetes a tool that they can use daily with little outside help.

“We can keep people out of doctors officers and let them manage their diabetes on their own — that’s really what we’re trying to do with this overall platform,” he said.