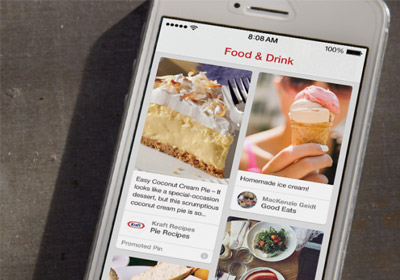 Target and General Mills are among the first 12 brands that the social media site has partnered with to test so-called “Promoted Pins.”
May 23, 2014

Pinterest, the photo-sharing social media website, announced Monday that it’s rolling out sponsored advertisements on its site—and Target and General Mills are among its first official ad partners.

While social media giants Facebook and Twitter have been posting sponsored content on users’ news feeds for some time now, this marks Pinterest’s first foray into paid advertisements on its site. The company announced plans for what it’s calling “Promoted Pins” in September, but it announced its initial batch of advertisers this week.

According to Advertising Age, Pinterest had raised $564 million from investors as of March, but it has generated no revenue. The magazine said in March that Pinterest was asking for between $1 million and $2 million from prospective advertisers.

Pinterest acts as a virtual corkboard or scrapbooking site that allows users to “pin” pictures to customizable pages, or “boards,” of their own. Users label their pins within certain categories like “Food & Drink,” “Architecture,” and “Women’s Fashion.”

Both Target and General Mills currently have their own Pinterest pages with “pins” they don’t pay for. Target has about 160,000 followers while General Mills has just over 2,300.

Pinterest said it’s keeping its initial pool of paid advertisers small so it can collect as much feedback as possible, but that it hopes to open it up to more businesses throughout the year. The ads began appearing on the site Tuesday, and for now the test ads will only be seen by users in the United States.