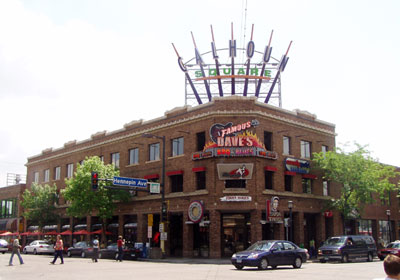 Italian restaurant slated for former Figlio space, which has been empty since 2013.
April 10, 2015

Calhoun Square is close to landing a new restaurant to anchor the vacant restaurant space that is still remembered as the home of Figlio. Parella, a new Italian restaurant, is slated to open at the bustling corner of Lake Street and Hennepin Avenue in June or July.

But as of Tuesday, the lease had not yet been signed.

“We’re very close to having that lease signed. We are deep in negotiations and are confident it will be signed,” says Jackie Knight, senior managing director with the Minneapolis-based Ackerberg Group, which owns Calhoun Square. “We think it’s phenomenal.”

The popular Figlio closed in 2009 after a 25-year run in the space. Il Gatto, a replacement concept from Figlio’s owner, Edina-based Parasole Restaurant Holdings, was short-lived. A national concept, Primebar, closed in March 2013. The high-profile space has been vacant ever since.

Uptown observers are encouraged by the pending deal at Calhoun Square.

“I think it’s key to maintaining the lively interaction of that intersection.  It’s essentially the anchor tenant for the southeast corner of Hennepin and Lake, or Uptown,” says Jeffrey Herman, president of Minneapolis-based Urban Anthology, a commercial real estate firm focused on retail space. “It’s going to add a lot of energy to that corner.”