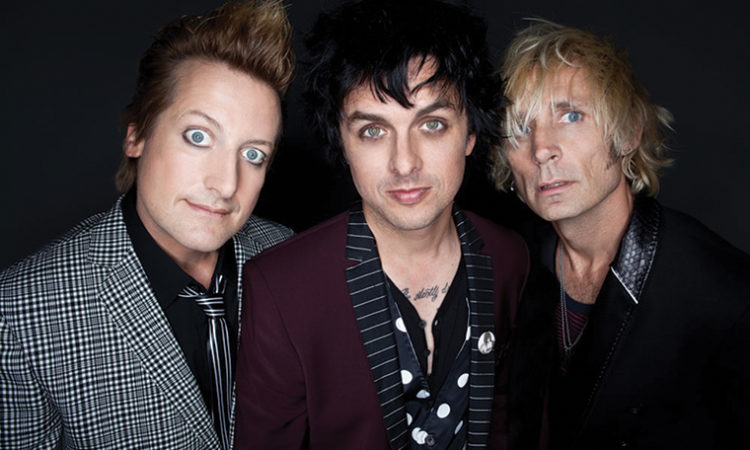 The entertainment picks for your out of office time in April.
By tcbmagstaff
April 01, 2017

It’s been four years since Green Day’s last tour, but Billy Joe Armstrong and company have not mellowed a whit. Revolution Radio, their latest album, is full of anger and snarl, with lines about upending the status quo in pretty much every song. Thrash-and-burn fury still propels these guys, and their take on the current American moment couldn’t be more relevant.
Apr. 1, Xcel Energy Center, St. Paul, 651-726-8240, xcelenergycenter.com

Produced by the Ordway in collaboration with Teatro del Pueblo, this production of the Bernstein/Sondheim classic seeks to find a deeper connection to the Latin culture at the center of the drama between Tony and Maria, the young lovers whose star-crossed romance pits rival gangs against each other. The connection shouldn’t be hard to find: The Ordway has been producing solid, reliable work of late, and Teatro del Pueblo has matured into a significant cultural force on the St. Paul side of the river.
Apr. 4-16, Ordway, St. Paul, 651-224-4222, ordway.org

Lydia Diamond’s stage adaptation of the 1970 novel by Toni Morrison is a more-or-less faithful stage adaptation of the book. The story is about Pecola, an abused young black girl in 1940s Ohio, who longs to see through blue eyes, like her idol, Shirley Temple, and the white girls at her school. The contrast between Pecola’s fantasy life and her stark reality is heart-wrenching, and the play’s treatment of racial and cultural differences is about as timely as it gets.
Apr. 15-May 21, Guthrie Theater, Mpls., 612-377-2224, guthrietheater.org

Mould’s music has been enjoying an improbable resurgence of late, due to several recent albums—Silver Age (2012), Beauty & Ruin (2014), Patch the Sky (2016)—and a growing reverence for his enormous back catalogue of work. In concert, Mould draws on his past as much as he pushes the present, creating what amounts to a sonic history lesson in punk. The three shows at the Turf Club promise to be another exclamation mark in Mould’s storied career. These aren’t just shows: This is a wailing, three-night event that should not be missed.
Apr. 17-19, The Turf Club, St. Paul, 651-647-0486, turfclub.net