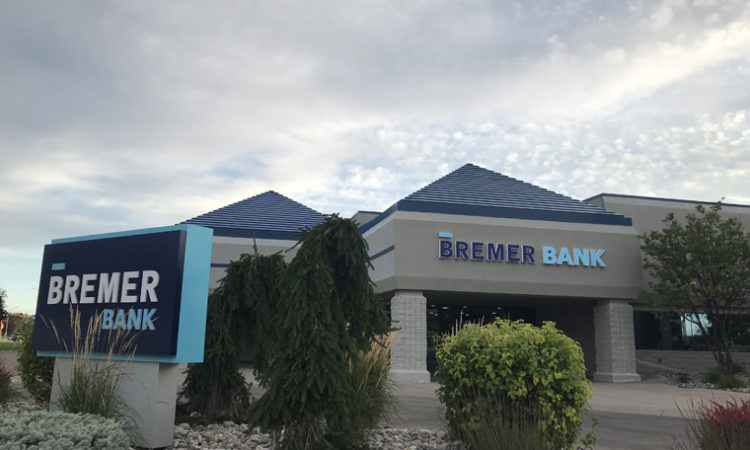 In an official response to the suit filed by Bremer Financial Corp. board members, Otto Bremer Trustees deny all allegations and double down on plans to sell Bremer Bank.
By Amanda Ostuni
December 10, 2019

On Monday, trustees Brian Lipschultz, Daniel Reardon, and Charlotte Johnson—all of whom also serve as the remaining three members of the Bremer Bank board—filed an “answer and counterclaim” document in Ramsey County District Court.

The trustees denied all allegations made against them in the suit, and wrote that the bank sale is necessary for the survival of the trust.

The trustees said they need to sell the bank due to increased competitiveness for midsized banking organizations. The Trust first announced the possibility of the sale in October.

Trustees also say that “OBT’s ability to pursue its charitable mission is now at risk.” The trustees note that federal tax law demands organizations like OBT to distribute at least 5 percent of their reported fair market value of its assets each year. Bremer Financial shares in 2019 doubled from their previous valuation, and Bremer Financial stocks serve as the majority of OBT’s assets. As a result, OBT would need to increase its charitable distribution capital.

The trustees said this has created an “untenable” situation. In order for OBT to meet this charity goal, Bremer Financial would need to generate about $50 million more in annual income.

Bremer Financial “cannot sustainably increase its dividend by that amount,” the trustees wrote, so “OBT now faces an existential crisis and its only path forward is to sell its shares in Bremer Financial.”

Bremer Financial rejects this claim by the trustees, noting on a website post that “there have been no new developments that would justify, much less require” any change in the valuation of Bremer Bank. What's more, the bank says that it will have the capacity to pay the trust's purported disbursement requirements in 2019.

The plaintiffs have claimed in the suit that the trustees want to sell the bank to enrich themselves. The trustees deny that allegation.

The trustees also call out the plaintiffs’ assessment that there are no reasons that sufficiently meet the standard of requirement for the bank sale to be legal. They say that ultimately, it’s the trustees’ discretion. Since the trustees have determined circumstances do permit the sale, none of their actions toward a sale thus far have been inappropriate—namely, the already-initiated sale of 37 percent of OBT’s Bremer shares to 19 investors.

The trustees urge the court to rule the sales as valid and oblige Bremer Financial’s board to recognize them and allow the completion of the transactions.

The trustees insisted they did not, as the plaintiffs claim, make any organization structural changes to benefit themselves, or put pressure on anyone to make such changes or other self-interests happen. Trustees also say that their communications for the shares sales did not involve any illegal disclosures.

Trustees asked the court to dismiss the suit, and order the Bremer Financial board members to award the Trust damages, including for lawyer fees.

“The plaintiffs are now wasting [Bremer Financial’s] money on a misguided lawsuit,” wrote the trustees. “This matter [should] be dismissed with prejudice.”

In an emailed response to the trustees' filing, Bremer Bank board members wrote: “We are aware of the OBT’s trustees’ filing and believe their counterclaim is baseless. We remain confident in our legal position, our strong financial results, and in our talented team’s ability to compete for the long-term.”