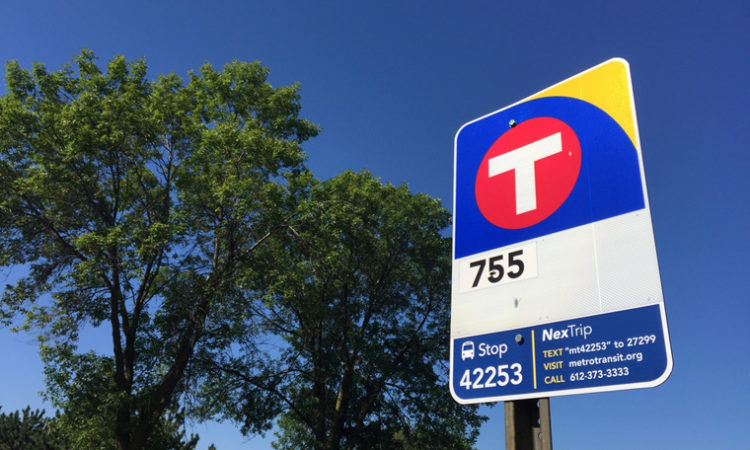 The project will improve roads, stations and service all along the I-35 corridor from Minneapolis to Burnsville.
By Amanda Ostuni
November 28, 2018

The Orange Line, a long-planned bus route connecting Minneapolis, Richfield, Bloomington and Burnsville, received the green light on Wednesday to go ahead with construction as the Federal Transit Administration (FTA) announced it will cover roughly half the costs of the project — $74.1 million of the estimated $150.7 million.

With that grant commitment, the cost to build the METRO Orange Line Bus Rapid Transit (BRT) are covered.

The transitway will run 17 miles and replace the existing local Route 535 while introducing enhanced service and amenities. It will run along the I-35 corridor – which already sees 14,000 daily transit rides and over 200,000 cars – with frequent all-day service in both directions, seven days a week.

“This is great news! This bus rapid transit route will provide better, faster transit services for over 115,000 area residents, reduce congestion, and support continued economic growth throughout the region,” said Governor Mark Dayton in a statement. “The Orange Line BRT project is a critical part of building a 21st Century transportation system in Minnesota.”

The project is expected to create improved access to 198,000 jobs, including 56,000 jobs outside of the downtown Minneapolis area. What’s more, the route will connect potential employees to a number of corporate offices, including ones for Best Buy, HealthPartners, Allina, Wells Fargo, and Toro.

In addition to improved mobility, the project also encompasses street and highway improvements, upgraded stations all along the route, and a transit-only access ramp between downtown Minneapolis and I-35W.

The federal grant comes after more than two years of funding acquired in fits and starts, which has put the project in a constant state of jeopardy since it was conceived. An initial breakthrough came in 2016, when the former Counties Transit Improvement Board pledged $37.5 million toward the line, as reported by the Star Tribune.

Ultimately, the remainder of the costs for the Orange Line will come from several government entities: the State of Minnesota, Metropolitan Council, Hennepin County and Dakota County.

“We are delighted to continue making progress on our region’s transit system,” said Alene Tchourumoff, Chair of the Metropolitan Council, in prepared remarks. “The Orange Line will improve mobility for tens of thousands of people who rely on transit on a weekly basis.”

Despite the lack of committed federal funding at the time, work on the Orange Line officially began in 2017, after the FTA approved construction.

One piece of the already-unfolding construction is the new Lake Street Station. Other stations will be added at 46th Street, 66th and 76th Streets South, American Boulevard, Nicollet Avenue, and Burnsville Parkway.

The project as a whole is expected to be completed and opened by 2021, with plans for at least one extension thereafter.