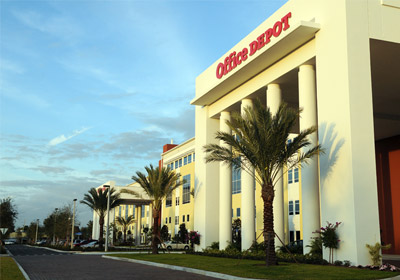 The company said it hasn’t nailed down which regions of the country will be most affected by the consolidation or how many jobs will be cut.
May 16, 2014

Office Depot announced Tuesday that it plans to close at least 400 stores throughout the country, with 150 of the closures coming in 2014.

The Boca Raton, Florida-based office supplies retailer said the closures are the result of its merger with Naperville, Illinois-based OfficeMax, as the two companies now have many overlapping locations.

Although Denning declined to specify how many Office Depot locations there are in Minnesota, based on the companies’ websites, Minnesota is home to at least a couple dozen Office Depot and OfficeMax stores.

Denning also declined to estimate the number of anticipated job cuts, pointing out that the number of workers varies at each location.

Office Depot said it expects the store closures to save the company at least $75 million annually by the end of 2016. CEO Roland Smith said the company has increased its full-year 2014 outlook for adjusted operating income to $160 million, up from its previous outlook of $140 million.

Shares of the company’s stock were trading up about 20 percent at $5 per share Tuesday morning.