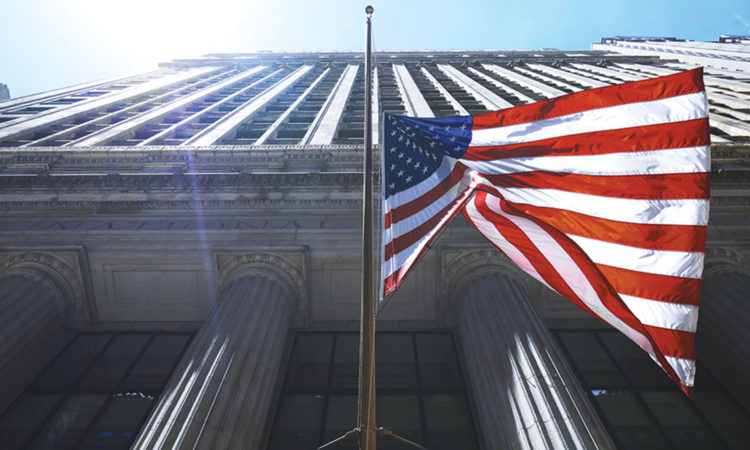 To Whom It May Concern:

Nov. 3 may be a binge day for the political class, but like a hangover, the next day is the most painful for the rest of us. Time, at long last, to retire TV ads and social media lies. The Russians are coming(!)—time for them to go. This is written weeks before our election, and from here, it looks like a very close contest, at least in an 18th-century kind of way (Electoral College).

The current administration has divided America from its allies, its principles, and its citizens. Politics and political expediency have ill-served us. This is how Americans can fix that.

Covid-19. The election is now over, so our response to Covid-19 is no longer a political matter. Facts and science can be our guide. The U.S. has one of the highest infection and death rates among all developed countries. Americans are not allowed in most countries because of our public health failures. It is no secret how we can achieve what other countries have. Masks in public should be mandatory. Social distancing enforced. Testing and contact tracing must be rapidly increased. Quarantines will be declared and enforced. Vaccines and therapeutics must be vigorously tested and approved. Premature happy talk about vaccines will only undermine the public trust. Quack remedies must not be winked—or tweeted—at. Covid is not spread by 5G. Only victory over the virus will save our economy.

Economy. Last quarter, our GDP declined by more than 30 percent. Unemployment reached historic levels and government borrowing at all levels skyrocketed. Previous political will to spend $1 trillion on infrastructure gave way to an unneeded tax cut. Today, two years before the next election, we can do better. State, city and local governments will need funds for infrastructure and public services. Years ago, we bailed out New York City to great success. Another success was the federal bailout of the automakers and the Troubled Asset Relief Program (TARP), initially signed into law by President Bush in 2008. The chair of the Federal Reserve, Jerome Powell, has already made it clear that monetary policy cannot do much more. We’ll need to spend trillions of dollars. What could some of this new spending accomplish?

Tone at the top, as we say in business, matters. So, with the election over, we should be done with using insulting names for political opponents or the media.

Global warming. An overwhelming scientific consensus links our extraordinary environmental phenomena to the effects of human activities. It is impossible to ignore increasing severe weather and shifting moisture patterns. West Nile virus now exists in Minnesota! The election is now over, so the country can address these issues without political posturing. Without relying on international treaties, there is much we can do right here in the U.S. of A. Job-dense work is required to retrofit our buildings to conserve energy. Some of the fastest-growing job categories are in solar generation and insulation. Jobs are increasing in wind-generation systems. New high-paying job opportunities are needed. Now is that time for the new administration to act. An unemployed population has no future except civil unrest.

Civil unrest. Our democracy requires the civil support of its citizens. Police brutality, civil unrest, looting, and roaming vigilante groups make progress impossible. At a minimum, now that this is not a campaign issue, police practices must be drastically reformed. Any meaningful approach to rebalancing our civil society requires the new administration to forcefully address the racial job and education gap. Communities deserve respectful and forceful police protection.

Tone at the top, as we say in business, matters. So, with the election over, we should be done with using insulting names for political opponents or the media. Symbols matter, too. The language of our leaders, the statuary in our public places, the national celebration of our historic heroes—all add to an inclusive culture appropriate for a country largely founded by immigrants. The new administration can add to this tone.

This year is the 75th anniversary of the end of WW II. Jerry Pedersen, now 95, was aboard the U.S.S. Missouri in Tokyo Bay and watched the Japanese surrender. Due to Covid, he was required to virtually join a group of other veterans aboard a battleship in Pearl Harbor to celebrate in September. Our newly elected president, a non-veteran, should heed his words. When asked who this country’s enemies are, veteran Pedersen said, “Our enemies today are injustice. It’s the lack of respecting the dignity and freedom of every single individual.”

May our new American president lead us well.

Thankful for our real heroes