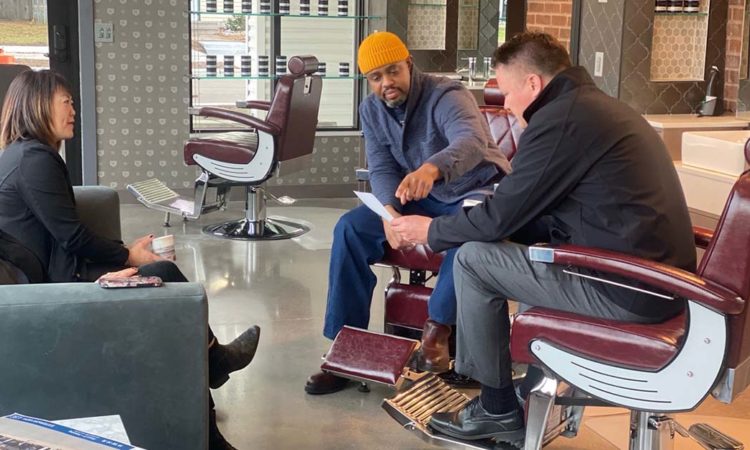 As part of a multiyear agreement, Fargo-based Bell Bank says it will support The Get Down Coffee owner's entrepreneurial efforts in North Minneapolis.
By Dan Niepow
January 27, 2022

Twin Cities entrepreneur Houston White has secured another deal to help him build out his vision for North Minneapolis.

On Thursday, White’s company The Get Down Coffee Co. announced that it has landed a “multiyear partnership” with Fargo-based Bell Bank. According to the announcement, the bank will serve as the mortgage company and financial services provider for The Get Down Coffee. But the partnership goes beyond basic banking needs: Bell also will provide direct financial support to White’s company. “We are, rightfully so, making a financial commitment as part of the overall partnership as we watch them grow and scale,” said Bell Bank senior VP and community development officer Katie Mattis Sarver in a Thursday interview, though she declined to say precisely how much money the bank is providing. “That means we’re supporting more jobs, and supporting a culturally relevant destination.”

In a bid to build stronger community connections, White has launched a few businesses in the Camden-Webber neighborhood of North Minneapolis, a region he refers to as Camdentown. So far, White has opened a coffee shop, store, and barbershop in the area.

Mattis Sarver said that she got acquainted with White through a conversation with Kathy Tunheim and Erika Binger, who both sit on the McKnight Foundation board. “Just as I was getting started at the bank and working to understand the gaps and challenges entrepreneurs were having in access to capital, they said, ‘You’ve got to meet Houston White. If he can’t get immediate funding, then no one can,'” Mattis Sarver recalled.

Both parties hope that the partnership will help reach “unbanked” residents, i.e., folks who don’t have a bank account, or who use it infrequently. In White’s view, the deal is as much about financial capital as it is social capital. “It’s really about building relationships,” White said. “Banking, like coffee, is a commodity business. When you have an institution like Bell come into a community and partner with somebody from that community, that builds trust.”

As part of the agreement, White and Bell also said they’ll hold a business accelerator event during the 3M Open golf tour this year. In addition, Bell plans to continue growing its lending and mortgage programs targeting historically underserved business owners and homebuyers.

“Black culture is American culture,” White said. “I’m honored to partner with Bell Bank because they understand that when you bring together culture plus capacity, the sky is the limit.”

Might the partnership one day lead to a Bell Bank branch in North Minneapolis? Maybe. “We’re in discussions on a lot of different things,” Mattis Sarver said. “We hope to continue to grow our presence there. How that shows up is an ongoing discussion with Houston and Bell Bank.”

This isn’t the first time White has landed a deal with a major financial institution. In 2020, the U.S. Bank Foundation granted White $50,000 to help expand his businesses.