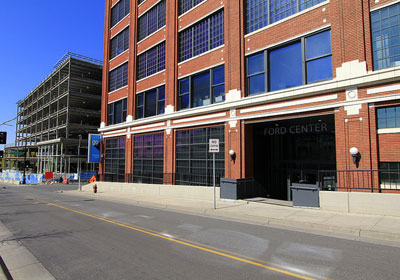 Locals know the North Loop area of downtown Minneapolis as an emerging neighborhood bustling with many new restaurants and apartments. Now a new national study from Los Angeles-based commercial real estate services company CBRE Group Inc., ranks the neighborhood as one of the top growing office submarkets for tech companies across the U.S.

The new study, released on Monday, analyzed the top 30 tech cities across the U.S. The findings show that the North Loop posted the fifth-best growth rate across the country over the two-year period from the second quarter of 2013 through the second quarter of 2015, measured by the amount of new space leased during that time. CBRE’s data shows the North Loop’s absorption growth rate of 8.2 percent over that time period ranked it behind tech clusters in Silicon Valley, Seattle, Philadelphia and Salt Lake City.

The study also ranked the North Loop area ninth in the nation for office rental rate growth during the last two years. The CBRE statistics show that rental rates in North Loop have climbed 20.2 percent during that time. CBRE research indicates that the current asking price for gross rent (net rental rates plus operating expenses and taxes) in the North Loop is $24.03 per square foot.

“The North Loop neighborhood, as well as pockets of Northeast [Minneapolis], offer local tech companies a chance to build a company culture that you really can’t find anywhere else,” said Tyler Kollodge, a local CBRE broker who focuses on tenant representation work in downtown Minneapolis, in a statement about the findings. “They’re looking for brick-and-timber construction, exposed ceilings, and overall a space that feels unique to them.”

North Loop has been ground zero for many apartment developers, but the area is also the rare corner of the Twin Cities that is drawing “spec” office development – projects moving forward with no committed tenants.

Houston-based Hines started construction in July on T3, a speculative 220,000-square-foot office building in North Loop. The project is slated to open in the early fall of 2016.

Bloomington-based United Properties also has plans to break ground on another North Loop office project in 2016. The new building could be up to 10 stories with as much as 240,000 square feet of space. Current plans call for United Properties to press ahead on a speculative basis for the project.