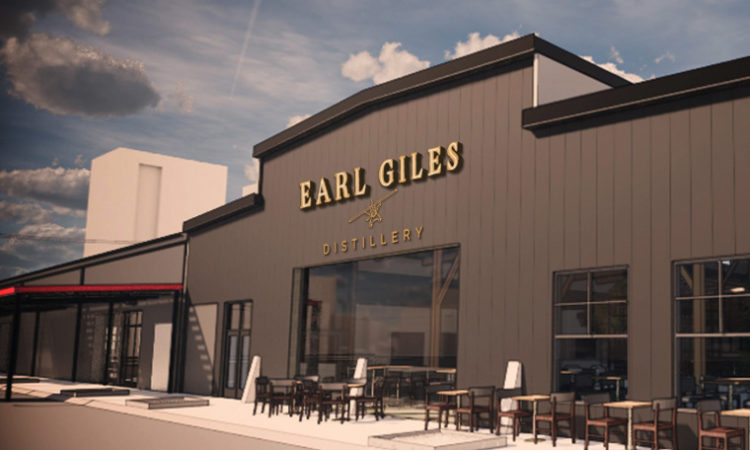 Later this year, the company will open a 16,000-square-foot distillery and production center, which will include a cocktail lounge and kitchen.
By Amanda Ostuni
January 08, 2020

Earl Giles, a Minneapolis company specializing in non-alcoholic elixirs, has unveiled plans to open a distillery later this year.

Located at 1325 Quincy St. NE, the 16,000-plus-square-foot venue will feature a distillery and production center, 165-seat cocktail lounge, multiple private event spaces, and a kitchen. The distillery marks the next step for Earl Giles founders Jesse Held and Jeff Erkkila, who’ve both had long careers in the restaurant industry. Both have held leadership roles at restaurant management group Jester Concepts.

Earl Giles’ mixer business has grown quickly since it formed in 2015, Held says. The company now counts around 40 active customers.

“A couple of our colleagues running different bars started asking if we could help them make certain syrups,” Held says. “People didn’t have the ability or resources to sit down and make something for their cocktail menu, but we did.”

The new space will allow Held and Erkkila to ramp up distribution of their signature syrups, cordials, elixirs, and ginger beer. The long-term goal is to sell their products nationally. They’ll also be able to make spirits—vodka, rum, gin, brandy, whiskey—for the first time.

Held acknowledges he’s entering a busy market, with established peers like Tattersall Distillery in spitting distance. But he doesn’t think the market is saturated. In his view, the craft distillery movement is just picking up in the wake of the craft brewery movement.

Plus, in Minnesota, microdistilleries have begun banding together to change the regulatory landscape. Under Minnesota law, microdistilleries are prohibited from serving drinks on site when they start producing 40,000 proof gallons of spirits per year.

Held says Earl Giles is years away from feeling the impacts of that law, but he’s still lobbying for change.

“We’re very aware of it and we know the challenges in front of us,” Held says. “We’re getting more involved, making sure legislators hear our voice.”

In the meantime, Held is focused on getting things started at his new distillery. Construction on is now underway and is expected to wrap up by late summer. The distillery is slated to open to the public by early fall or late winter.