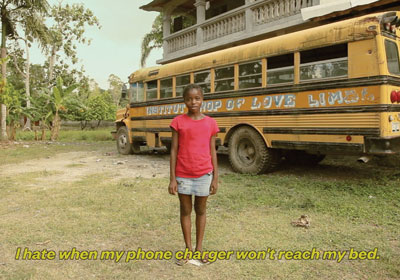 No Pickles, No Water

It’s the stuff of Mideast strife and Midwest opportunity. Oil? Good guess. But water may be more crucial, and a clean supply is scarcer than ever for many in the developing world. Organizations like Oklahoma-based Water Is Life are trying to get those fortunate enough to have clean drinking water to help.

It enlisted ad agency DDB New York; DDB in turn enlisted Minneapolis-based In the Groove (ITG), an audio branding and licensing agency “working at the intersection of music and brands,” according to Joey Kantor, ITG producer.

DDB’s innovative creative, produced for mere thousands of dollars, according to DDB’s Lindsey Hutter, was amplified by riffing off of an ironic Twitter hash tag, #FirstWorldProblems.

In the campaign, impoverished Haitians repeat common complaints tweeted in our land of plenty. “I hate when my phone charger won’t reach my bed,” one says. “I hate it when my house is so big I need two wireless routers,” another man says in front of his shack. “I hate it when I say ‘No pickles’ and they still give me pickles,” says a boy in front of a cinderblock house.

The juxtaposition of people who are barely eking out a living reading the problems of the indulged is made more powerful by the sound track, “Another Day Too Soon,” written by ITG composers.

“They did an incredible job,” says Matt Eastwood, chief creative officer at DDB New York. Kantor’s colleague Eric Lovold, another producer, explains the “tricky part was we couldn’t be too emotional and sappy, but couldn’t be too upbeat.”

ITG and DDB got it right, and strategically used social media to make the message resonate. Hutter reports that the spot had more than a million online views in its first week, and many more since. Business Insider named it one of 2012’s 10 best ads, and AdWeek named it one of its 10 best for the week of October 5.

All of this has ITG in, well, the groove: The 11-employee firm grew 20 percent last year to billings of $1.3 million. CBS Sports hired it to create a sonic identity for all its cross-platform brands.