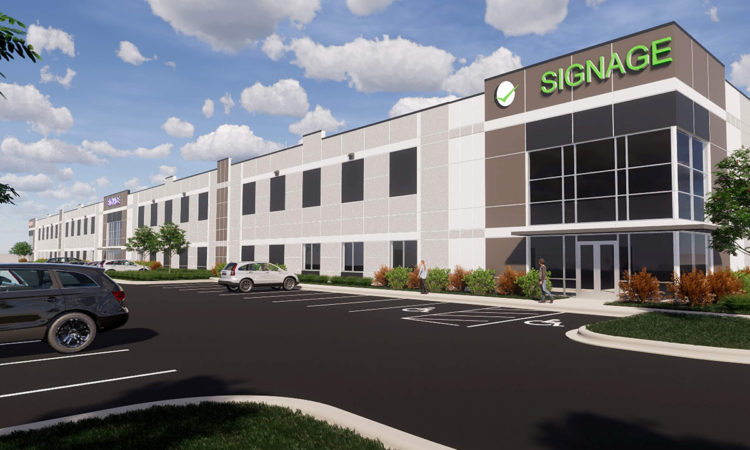 One of the company’s first projects is a planned 75,000-square-foot business center in Brooklyn Park.

The firm is led by industry vet Josh Budish.
By Burl Gilyard
February 01, 2021

Budish previously worked for some big players: two large national, publicly traded real estate investment trusts (REITs) with a big presence in the Twin Cities market. He was vice president for the local office of Indianapolis-based Duke Realty Corp. for seven years. Budish oversaw Duke’s local portfolio of 5.1 million square feet of industrial space. Before that he was with the local office of Pennsylvania-based Liberty Property Trust for 10 years.

“We’ll be breaking ground on all three this spring and delivering this fall,” said Budish. “All speculative, all industrial.”

Speculative or “spec” projects are those where a developer starts building a property without any leases in hand. Spec office projects are rare these days, but demand is robust enough in the industrial sector for developers to charge ahead.

There’s good reason to be bullish.

A fourth quarter report on the Minneapolis-St. Paul industrial market from Chicago-based JLL reported the industrial vacancy rate at 6 percent – far lower than seen in office or retail markets. JLL reported absorption of 766,074 square feet of local industrial space for 2020. The growth of e-commerce is likely fueling some of the demand for industrial space.

“The demand from both users and investors for industrial real estate was growing quite significantly before Covid-19,” says Budish. “The demand has only accelerated.”

That’s because pandemic conditions have driven just about everyone to buy more things online.

“The number one driver for industrial real estate today is e-commerce,” said Budish.