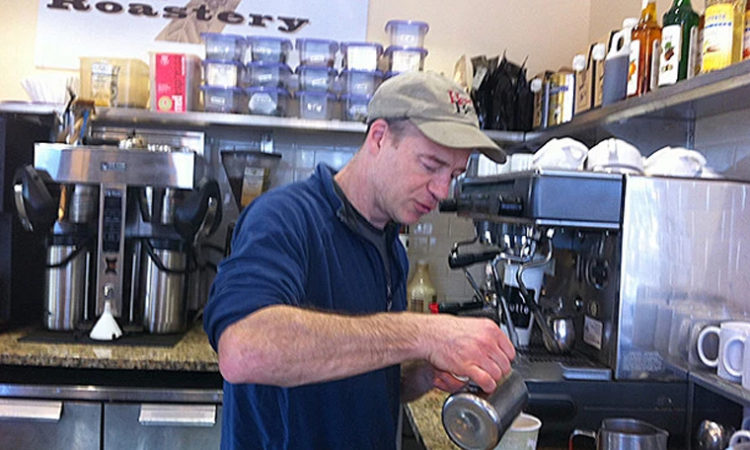 New Bill Wants to Stop Cities from Setting Their Own Wage, Benefit Rules

Preemption was a more potent issue over the last four years, when Republicans controlled both the House and Senate.
By Peter Callaghan
March 14, 2019

Minneapolis cafÃ© owner Dan Swenson-Klatt seemed to know he was taking part in a drill.

He would testify at the Minnesota Capitol against a Senate Republican bill that would block local governments from adopting their own minimum wages and other worker benefits. At the same hearing, business organizations would speak in favor of what’s known as preemption.

Then, if and when it gets to the DFL-controlled House of Representatives, it will die.

“Thank you Chairperson Hall and members of the committee for providing me with an opportunity to make an annual pilgrimage,” Swenson-Klatt told Sen. Dan Hall, R-Burnsville, and other the members of the Senate Local Government committee Tuesday. “I’ve spoken to this group about the preemption bill before. And I know the world isn’t ending this year so I’ll likely be back again and get a chance to do this again. But I just hope we could move on to something else.”

Business groups have endorsed the preemption bill, SF 2321, saying that letting cities adopt their own regulations makes it difficult for businesses that do work in multiple jurisdictions. Other proponents are in favor because they believe the market should determine wages.

But labor and community organizers who oppose the measure say the cities stepped in when the state and federal governments failed to set minimum wages that provided low-income workers with adequate livings and say lawmakers should respect local decision making.

Eventually the committee debated, voted strictly along party lines — and moved the bill to its next committee.

Preemption was a more potent issue over the last four years, when Republicans controlled both the House and Senate. Back then, Gov. Mark Dayton had delivered mixed signals on whether the state should take such issues onto itself and provide uniform rules. Perhaps, Republicans thought, Dayton would accept preemption as part of a session-ending deal on other issues.

But letting local governments take on wages and benefits has become a pillar of Democratic politics, as city after city across the United States adopted more generous pay and benefits when their states would not. With a divided Minnesota Legislature, a preemption bill will not pass the DFL-controlled House (there isn’t even a House companion to SF 2321) and will therefore not even be sent to new Gov. Tim Walz and will not be part of end-of-session negotiations.

To make SF 2321 even less vital this session, the bill exempts any ordinance adopted before this year. That would leave Minneapolis’ and St. Paul’s minimum wage ordinances — as well as the paid sick and safe time ordinances in Minneapolis, St. Paul and Duluth — in place. (A state court of appeals panel upheld Minneapolis’ minimum wage law earlier this month.) But the bill would block other cities from adopting similar ordinances and would block all cities from adopting benefits such as fair scheduling requirements and wage theft prohibitions.

Some Republican senators criticized the bill, which is sponsored by Sen. Mark Koran, R-North Branch, for not going far enough. “We turn this into a patchwork that is untenable,” said Sen. David Osmek, R-Mound. “This should be retroactive because small businesses are going to be hurt. Big businesses don’t care. They have human resources departments who can deal with this.”

Osmek objected most to the provision in local minimum wage ordinances that apply the minimum wage to hours worked within city limits even if the business itself is located elsewhere. To Osmek, that means that Minneapolis can enforce a higher minimum wage on a business in Mound even though the Mound City Council has chosen not to raise its own wage.

Or as Sen. Andrew Matthews, R-Milaca, put it: “Your locals get to control my locals.”

Other Republican senators thought any government-determined minimum wages went against the free market. Sen. John Jasinski, R-Faribault, said the labor shortage in the state will force employers to increase pay levels. “That is a market-based system,” he said. “That’s what we need in this state. I think this is a great bill. It lets the market determine what our wages are.”

And Sen. Jason Rarick, R-Pine City, who has been a union electrician for 27 years, said that collective bargaining is what workers should use to get higher pay and benefits. “We have a group of people, instead of negotiating with their employers, knew they had bigger numbers so they ran to government to try to pass laws,” Rarick said. “And I don’t believe that’s government’s role.” 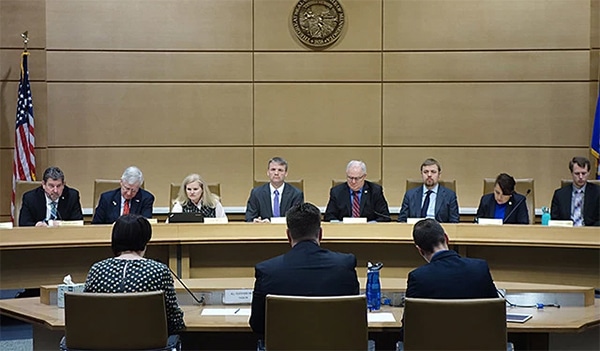 Republican state Sen. Mark Koran, center with back to the camera, spoke before the Senate Local Government committee on Tuesday. (Photo by Peter Callaghan/MinnPost)

Hall also objected to the accusation that he and other Republicans are being influenced by corporate interests or following the lead of the American Legislative Exchange Council (ALEC), which drafts conservative legislation to be adopted by state legislatures.

“Do you know who ALEC is?” Hall asked Koran.

“Mr. Chair I have heard of ALEC but I don’t believe I have ever met with a member of ALEC,” Koran said.

(According to its website, ALEC lists former Minnesota Secretary of State and current state Sen. Mary Kiffmeyer and Rep. Pat Garofalo of Farmington as its state co-chairs.)

But Republicans in the Legislature would not need ALEC or any other national organization to tell them about local pay and benefit ordinances. Most of the state’s business and trade organizations have supported preemption for years.

Opponents of the bill defended the rights of residents to push for changes with their city councils. Brad Lehto, secretary-treasurer of the Minnesota AFL-CIO, said the committee had a choice. “This bill tells thousands of citizens who lobbied their locally elected officials that their voice doesn’t matter,” Lehto said. “It tells citizens that local democracy doesn’t matter. And it tells local elected officials, business owners and working people across our state that they aren’t allowed to improve labor standards to improve their communities.”

Lehto said many of the business groups that lobby against local ordinances, and that say they will create a patchwork of laws, also argue against state bills because they are one-size-fits-all. And he dubbed the bill “a national corporate-backed effort to undermine local democracy.”

Laura Sayles, government affairs specialist for the Minnesota Nurses Association, called the bill an end-around local ordinances. “Rather than exercise patience to see if the local ordinances are working, outside corporate interests would rather bring their battle to the Legislature,” she said.

Swenson-Klatt said he does understand the need for a level playing field for all businesses and for uniformity of regulations. “We just can’t have every restaurant decide what temperature to cook chickens at … and we shouldn’t be letting businesses choose whether a staff person is sick or not when they cook that chicken,” he said. “Some of those regulations are important.”

But setting the bar for wages and benefits at the lowest point and preventing workers from trying to make improvements to work standards “at whatever level of government they can actually connect to doesn’t make a lot of sense.”