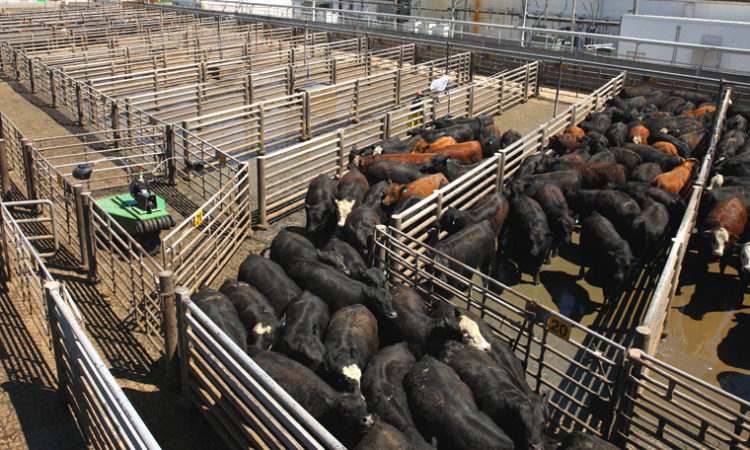 The tech enables farm staff to herd cattle from a greater distance, improving both animal and employee welfare.
By Amanda Ostuni
October 23, 2018

After two years of prototype development, Cargill on Monday introduced a new technology built for the safety of farmers and cattle alike: a remote-operated cattle driver.

The device, which is unlike anything available on the market today, Cargill said, aims to improve animal welfare and employee safety by putting distance between animals and humans. Instead of getting up close and personal with the cattle to herd them from the pens to the harvest area, farmhands can, from a catwalk above the pens, operate robots that serve the same function.

This capability reduces stress to the cows that can be caused by certain human interactions, and reduces risk to employees who may be hurt by a startled 1,300-pound bull.

“The average bovine weighs almost three quarters of a ton, and our plant processes several thousand head of cattle daily,” said Sammy Renteria, general manager of the Cargill beef plant in Schuyler, Nebraska, in a statement. “This innovation provides a much safer workplace for our employees and allows them to develop new technology expertise as they manage and operate the robot.”

When building its cattle driver, Wayzata-based agriculture giant Cargill received input along the way from animal welfare experts including Grandin, as well as from beef plant employers, and engineers from Flock Free, an equipment supplier. 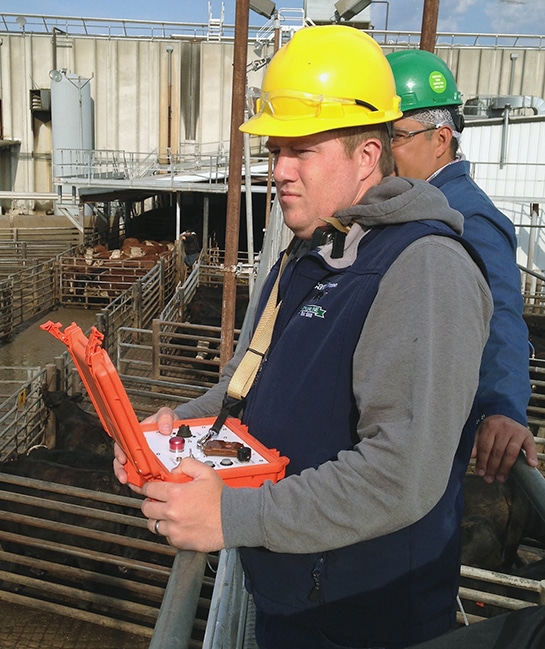 The robots feature automated arms, blowers and audio recordings to move the cattle in any given direction, and they can be operated in rain, snow or mud. The technology is manufactured by Flock Free, a New Jersey-based company, and is being implemented now at Cargill locations across the U.S. and Canada, following successful tests at beef processing facilities in Pennsylvania and Nebraska.

Cargill expects the robotic cattle driver can be used in different ways, all toward improving animal and employee welfare. The company said it intends to make the technology available industry wide.

The introduction of the robotic cattle driver comes after a busy week for the company. It opened a new $28 million feed mill last week in South Vietnam, marking its 12th animal nutrition facility in that country, as well as its largest.

Additionally, Cargill launched a new sustainable plant-based alternative source of Omega-3 for fish feed applications. The new aquafeed is called Latitude. Cargill will manage the Latitude supply from cultivation to oil production, making it 100 percent traceable and an industry first for such a product.

Willie Loh, vice president of market development for Cargill’s global edible oils business in North America, said in a statement that Latitude works in favor of both aquafeed creators and fish that aren’t farmed.

“Latitude will help relieve some of the pressure on wild caught fish, while delivering a reliable Omega-3 product to aquafeed manufacturers — a win-win for the industry,” he said.