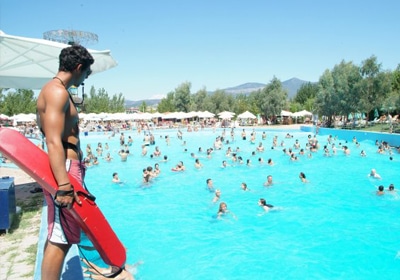 As the end of the school year approaches, so comes a tsunami of new hires at businesses throughout Minnesota. Teenagers are swiftly scooping up entry-level and seasonal jobs as movie theatre attendants, retail clerks or lifeguards—jobs that were much harder to come by only a few years ago.

Minnesota’s teen unemployment rate shot above 20 percent in the years following the recession (2009 to 2013), according to a report put out by the state’s Department of Employment and Economic Development.

“Not only were jobs harder to come by for all demographics, but many older, more experienced workers were forced into entry-level positions which previously may have gone to teenagers,” said Nick Dobbins, a research analyst for DEED.

The teen unemployment rate has only recently settled down. Now, if Minnesota teens want a summer job, they are more able to find one. Data compiled by DEED shows unemployment rates for the 16 to 19 year-old workforce is now under 10 percent, the lowest rate since summer 2002.

While Minnesota is currently boasting one of the lowest unemployment rates around—3.7 percent, compared to 5.4 percent nationally—the state’s labor force participation rate has also handedly beaten the national average. The figure, which takes the number of people employed or actively looking for work divided by the total possible workforce, was 69.7 percent in Minnesota in 2014—6.4 percentage points higher than the nation as a whole.

“The difference between Minnesota and the nation is even more pronounced among 16 to 19 year-olds,” Dobbins said, “where Minnesota’s 53.4 percent participation is 15.8 percentage points higher than the national rate of 37.6 percent.”

Moreover, Minnesota’s teen labor force participation rate in 2014 was the second highest in all of the U.S., bested only by South Dakota.

To further promote youth employment, a number of community services and programs have been established in the state. A list of those can be found here.