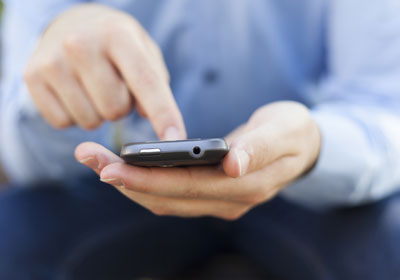 At-Scene took first place in a contest during this year’s MobCon event for its iCrime Fighter application, which is meant to aid police departments in gathering evidence.
November 21, 2013

Attendees of this year’s MobCon event voted At-Scene’s iCrime Fighter Enterprise app the winner of the MobDemo contest. Participants in the competition were judged on their applications’ technical merits, innovation, and potential profitability.

The iCrime Fighter is an application that enables police officers to collect evidence on mobile devices and to store the data using encrypted software. Police officers can view and add cases to their department’s cloud-based server, including photos, videos, interviews, and field notes.

When I Work, a scheduling app for businesses, took second place in the MobDemo contest, while Kidizen, a community marketplace app, took third. When I Work was also named a Minnesota Cup division winner this year.

As the first-place winner, At-Scene received $5,000 in cash and $20,000 in credit from Minneapolis-based mobile application development firm MentorMate to be used for additional iCrime Fighter development.

“[The winnings] enable us to expand the app and bring it across the country, as well as add new features,” he said, adding that the contest’s monetary prizes will also aid programmers’ efforts to make the iCrime Fighter app more optimized with current operating systems.

According to Turnbull, 10,000 people use the iCrime Fighter app and 50 percent of current use comes from mobile devices. He said that when the app was initially introduced, it first gained traction with a police department in Tennessee, but now it has users nationwide.

At-Scene has developed other mobile applications in addition to its iCrime Fighter app. According to Turnbull, iBolo (which stands for “Be On the Lookout”) is a mobile database of alerts police officials issue related to suspects at large, stolen cars, and other concerns.

At-Scene—which was founded in 2011 and consists of four Minnesota employees in addition to several internationally based contractors—recently raised an undisclosed amount from Minneapolis-based early-stage investment firm Confluence Capital Partners.

Last year, BreAnna Fisher received the first-place prize in the MobDemo contest for her mobile app “DoDrinks.” Her app—which allows users to select a bar or restaurant, connect to a social network, choose a friend, and virtually send them $5, $10, or $25 worth of drinks—was brought to market in April and was tested at local restaurants, including Seven Sushi, the Butcher and the Boar, and Fabulous Fern’s Bar and Grill.