University of Minnesota Duluth alumnus Brian Kobilka and Robert Lefkowitz of Duke University will share the award for their research on protein receptors, which help the body sense and respond to outside signals.
October 21, 2012 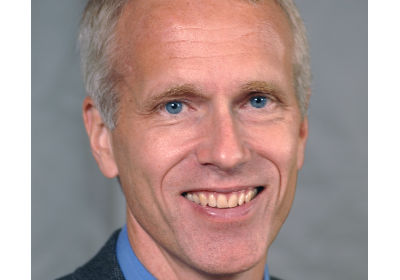 Minnesota native and University of Minnesota Duluth alumnus Brain Kobilka is one of two scientists to win this year’s Nobel Prize for chemistry.

Kobilka, who is now a professor at the Stanford University School of Medicine in Palo Alto, California, will share the award with Robert Lefkowitz, a professor at Duke University in Durham, North Carolina, the Royal Swedish Academy of Sciences announced Wednesday. Lefkowitz is also an investigator at the Howard Hughes Medical Institute in Chevy Chase, Maryland.

Kobilka, 57, and Lefkowitz, 69, received the award for their research into the inner workings of protein receptors, which are tiny structures on the surface of cells that enable the body to sense and respond to outside signals such as light, odor, flavor of food, and danger. The human body has about 1,000 kinds of these receptors, and their contents and inner workings remained unknown for most of the 20th century, according to the Swedish Academy.

But Kobilka and Lefkowitz made “groundbreaking discoveries,” mostly in the 1980s, about how the receptors work—and those discoveries have helped drug makers come up with more effective drugs, the Academy said.

Kobilka, who was born and raised in Little Falls, worked as a research fellow for Lefkowitz at Duke University from 1984 to 1989 before joining Stanford. He graduated from the University of Minnesota Duluth in 1977 with bachelor of science degrees in biology and chemistry. He then went on to earn a medical degree from Yale University.

“I am extremely proud of Kobilka for receiving this internationally-renowned award recognizing his groundbreaking contributions to scientific knowledge,” U.S. Senator Amy Klobuchar said in a statement.

Kobilka told the Associated Press that he plans to put his half of the roughly $1.2 million award toward retirement or “pass it on to my kids.”

Robert Carlson, a professor at the University of Minnesota Duluth who taught Kobilka organic chemistry for a year, said in a statement that Kobilka was a “good student.”

“Biology Professor Conrad Firling and I set up a collaboration so Brian could do chemistry and molecular biology research,” Carlson said. “It was the first time we set up that kind of interdisciplinary cooperation.”