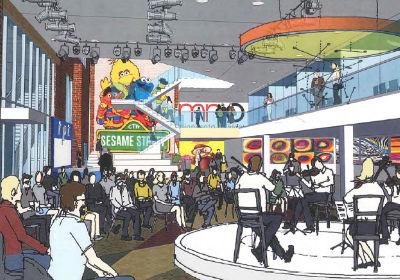 Twin Cities Public Television has already raised $20 million and is using the money to launch a wide array of digital services in addition to its television channels.
September 23, 2012

Twin Cities Public Television (Tpt) on Thursday made public a fundraising campaign that seeks to raise $30 million and that is being spearheaded by several local CEOs. Roughly two-thirds of the money, which will help the organization boost its digital services and “reinvent” itself, has already been raised during an initial, “quiet phase” of the campaign.

Tpt is a nonprofit organization that employs about 200 in St. Paul and operates four local television channels—Tpt 2 (broadcast on channel 2), Tpt MN (a digital cable channel that broadcasts community-related programming), Tpt LIFE (a digital cable channel that broadcasts cooking and other lifestyle-related shows), and cable weather channel Tpt WX. Tpt is a member of Public Broadcasting Service (PBS), which is a network of about 170 public television stations across the country.

Jim Pagliarini, president and CEO of Tpt, told Twin Cities Business that $15 million to $18 million of the money raised will be used to renovate Tpt’s headquarters in St. Paul, a project expected to begin in 2014. The renovation will include moving the main entrance from the skyway to the street level and renovating the lobby, where Tpt plans to hold public events, concerts, and performances.

Meanwhile, a portion of the $20 million raised so far has already been used to launch new digital services, including a website called Next Avenue that’s aimed at the burgeoning Baby Boomer population, and the PBS Digital Learning Library, an online library of educational material geared towards K-12 teachers. In 2013, Tpt plans to launch Sparticl, a game-like learning website geared towards teens.

Pagilarini said that Tpt is also looking into launching services that will appeal to the Millennials, although those services have not been determined.

“We are expanding and enriching our unique services and programming to address a full mosaic of today’s and tomorrow’s consumers,” Pagliarini said in a statement. “We believe media is the most powerful, educational, and inspirational tool in our society today.”

Pagliarini said the money raised so far includes $3.5 million from New York-based Atlantic Philanthropies, $2 million each from 3M and the Huss Foundation, $1 million each from General Mills and Cargill, and $500,000 from Best Buy.

The organization hopes to raise $5 million more through donations and will request up to $9 million in state bonds from the Minnesota Legislature next year.