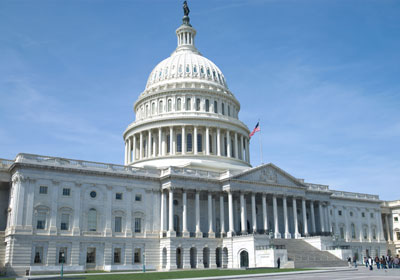 MN CEOs Among Those No Longer Opposing Higher Taxes

Members of the Business Roundtable—which includes some CEOs who head Minnesota companies—said they support “a balanced solution to the fiscal cliff and long-term deficit and debt issues,” adding that “no options should be precluded from a potential solution.”
December 22, 2012

About 160 chief executives from many of the nation’s largest companies on Tuesday urged Congress to find a compromise and avert the so-called “fiscal cliff”—even if it involves raising tax rates.

Members of the Business Roundtable—an association of CEOs from U.S. companies that collectively generate more than $7.3 trillion in annual revenue—sent a letter to Congress and President Barack Obama, saying they support “a balanced solution to the fiscal cliff and long-term deficit and debt issues,” adding that “no options should be precluded from a potential solution.”

Among those who signed Tuesday’s letter were the leaders of three Minnesota companies: James Cracchiolo of Ameriprise Financial, Omar Ishrak of Medtronic, and Gregg Steinhafel of Target Corporation.

Barring a Congressional solution, automatic tax increases and spending cuts, which some economists say could trigger a recession, are set to kick in next month. The Business Roundtable wrote in its letter that the country would “suffer significant negative economic, employment, and social consequences for going over the fiscal cliff.”

“Compromise will require Congress to agree on more revenue—whether by increasing rates, eliminating deductions, or some combination thereof—and the administration to agree to larger, meaningful structural and benefit entitlement reforms and spending reductions that are a fiscally responsible multiple of increased revenues,” the group wrote. “By initiating these reforms simultaneously, and without undermining the broader reforms both parties believe should be pursued, you can rebuild the trust needed for our political system to function and the confidence needed for businesses to invest in new factories, equipment, and employees.”

According to its website, the Business Roundtable counts among its members some CEOs whose signatures do not appear on the letter, including Ken Powell of General Mills and Stephen Hemsley of UnitedHealth Group. A General Mills spokesperson on Wednesday declined to comment on the matter or connect Twin Cities Business with Powell. Calls to UnitedHealth Group representatives were not immediately returned.

Dave Cote, CEO of Honeywell International Inc., which employs about 3,000 in Minnesota, is leading the group’s effort to pressure Washington leaders into finding a solution, according to a report by the Star Tribune.

Tuesday’s letter represents an about-face for the business group, which previously had advocated extending the Bush-era tax cuts to provide more time to establish a spending and revenue plan, according to media reports. Business Roundtable CEOs participating in a Tuesday conference call with reporters said that the “market-credible” plan they now seek likely involves $3 trillion in budget cuts and $1 trillion in revenue increases, although they did not recommend a specific solution, according to the Star Tribune.

The business group’s action comes as the fiscal cliff deadline approaches quickly. In a recent poll by Twin Cities Business, however, the majority of responding Minnesota business leaders said they believe that taking a plunge off the cliff would be a sensible course of action. Of the 301 people who responded to the poll, 51.7 percent said they were in favor of allowing the fiscal cliff to happen.

Many respondents said that only by going over the cliff can the country, grappling with a budget deficit and saddled with trillions of dollars in debt, come to grips with its economic situation. (To read more about the poll, as well as input from local business leaders and economists, click here.)

And the Business Roundtable’s letter quickly spurred criticism from within the business community. The National Federation of Independent Business released a Tuesday statement saying, “It’s easy for corporate CEOs to say that individual tax rates ought to be raised; their companies don’t pay taxes at the individual rate.”

“It’s unfortunate that some business leaders are so cavalier in asking the government to raise taxes on someone else—namely, on small business—while protecting corporate profits and Wall Street,” the group said. “Avoiding the fiscal cliff is critical, but America’s books should not be balanced on the backs of small business.”

Minneapolis Mayor R.T. Rybak is also urging Washington to find a solution; his office announced Wednesday that he participated in a call with Obama and other U.S. mayors “about the importance of renewing middle-class tax cuts, reducing the deficit in a balanced manner, and keeping the economy growing by keeping an average of $2,200 in the pockets of every middle-class American family.” (Without a budget solution, taxes on middle-class families are expected to rise by that amount, the mayor’s office said.)

Minnesota business leaders have often cited the looming fiscal cliff as an important factor that could significantly affect their businesses. Respondents to Twin Cities Business’ most recent Quarterly Economic Indicator Survey, for example, said that they are in a holding pattern this quarter, waiting for solutions to the budget-policy standoff in Washington. State officials—who reported that Minnesota lost 8,100 jobs in October—also said employers are keeping a close eye on Congress as the deadline approaches.

A study by the Washington, D.C.-based Tax Foundation found that a Minnesota household earning $87,319 would pay an estimated $4,382 more in taxes in 2013 than it did in 2011 if Congress does not avert the cliff.