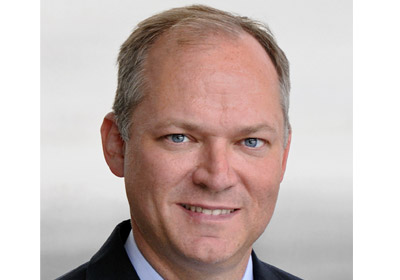 The Department of Employment and Economic Development hired John Shoffner as the agency says Minnesota is experiencing a surge in business expansions and job openings.
September 20, 2013

The Minnesota Department of Employment and Economic Development (DEED) announced Tuesday that it named John Shoffner its director of business development.

DEED said Shoffner assumed the role immediately and will be in charge of the office that focuses on retaining and expanding existing businesses and attracting new businesses to Minnesota. The role had been vacant since November, when the former director—Kevin McKinnon—was promoted to executive director.

“John has an outstanding track record of building relationships and attracting jobs and economic development,” DEED Commissioner Katie Clark Sieben said in a statement. “We are thrilled to have someone of his caliber and professional background joining our agency.”

Shoffner joins DEED from Greensboro, North Carolina, where he worked in a similar field—as economic development program manager for the city—but on a more local level, since 2004. In his former role, Shoffner promoted economic development in the city and created programs and initiatives that stimulated job growth, DEED said.

While in Greensboro, Shoffner attracted $905 million in business investments and created or helped retain 6,400 jobs for the city of 277,000 people, the agency said.

Prior to working in Greensboro, Shoffner was an assistant vice president at Buffalo, New York-based M&T Bank, and before that he was an accountant at Georgia-Pacific Corporation in Atlanta.

Combined with first-quarter expansion plans, there have been more than 80 announced expansions in the state this year, DEED said.

In fact, according to DEED figures, there are more job openings in Minnesota now than there have been in 12 years. Employers reported 72,570 openings in the second quarter, an increase of 15.3 percent from a year ago. The majority of openings (42,320) were in the seven-county metro, with the remaining 30,250 openings in the rest of the state. Vacancies jumped 22.3 percent in the Twin Cities and 6.7 percent in greater Minnesota.

Meanwhile, an August report that cited DEED data estimated that between 2010 and 2020, manufacturing jobs are expected to increase by 9 percent in Greater Minnesota and by 1 percent in the Twin Cities.

However, while job openings shot up, the number of quality jobs actually went down. Nearly half of the employment opportunities in the last year were part-time jobs, with the median pay offered to job candidates falling 50 cents an hour to $12.50.