Minnesotans Get 2nd-Smallest Portion Of Their Taxes Back

Minnesota taxpayers recoup less than 10 percent of the individual income taxes they contribute, whereas Mississippians get back more than 30 percent.
April 12, 2014 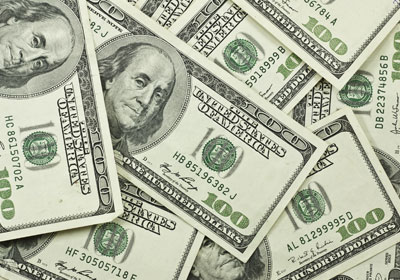 Of the money they paid to the state in income taxes, Minnesotans received only about 9 percent back in the form of refunds, the smallest percentage among all states; only Washington, D.C. residents received a lower percentage.

That’s according to a new ranking from Bloomberg, which said the government collected $298.8 million in individual income tax from Minnesotans between 2007 and 2011. Of that money, $27.6 million was refunded between 2008 and 2012, or about 9.3 percent.

Washington, D.C. contributed $89.7 million and was refunded $4 million—about 4.4 percent, which was lower than any of the 50 states. Following Minnesota at the bottom of the list were Delaware, Connecticut, Massachusetts, and New Jersey.

Mississippians received the most money back, collecting $16 million of the $46 million they gave—nearly 35 percent. Next is West Virginia at 29.9 percent; South Carolina, 26.3 percent; Alabama, 26 percent; and New Mexico, 25.6 percent.

Bloomberg’s list is based on the percentage of taxes refunded to residents in each state. Residents in some states received fewer dollars back, but only Washington, D.C. received a smaller percentage back. As Bloomberg pointed out, “Mississippians get back a third of the taxes they pay, effectively giving Uncle Sam a very big loan.”