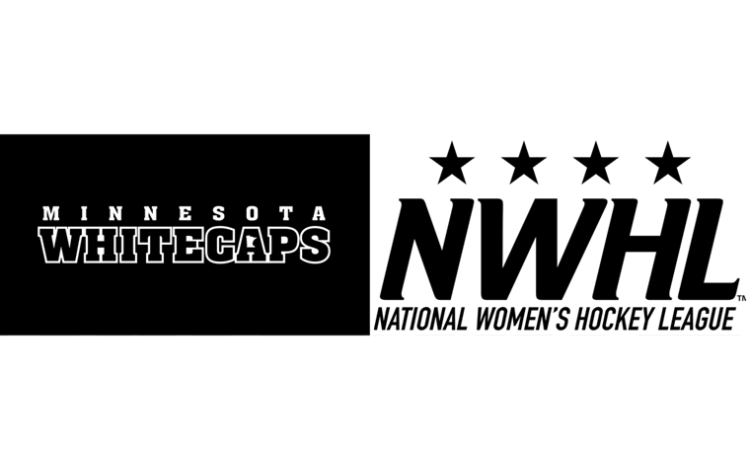 The local team, which boasts major talent, will turn professional as it officially joins the league’s four existing teams for the upcoming season.
By Amanda Ostuni
May 16, 2018

Minnesota will gain a new credential toward its reputation as the State of Hockey, as the National Women’s Hockey League has announced its acquisition of the Minnesota Whitecaps, extending its reach to the Midwest for the first time.

Formed in 2004, the Whitecaps have previously played games against Division 1 college teams, exhibition games against existing NWHL clubs, and in the short-lived Western Women’s Hockey League, where it appeared in the league championships from 2009 until its last year in 2011.

The NWHL, founded in 2015, has four other franchises to date – the Buffalo Beauts, Boston Pride, Connecticut Whale, and Metropolitan Riveters. The Whitecaps will join the teams on the league’s official schedule for the 2018-19 season.

“On behalf of my teammates and everyone in the Whitecaps organization, I want to say that this is an incredible moment for women’s hockey in Minnesota and we’re truly excited to become a member club in the NWHL,” said Winny Brodt Brown, the captain of the Whitecaps, in a statement. “We are determined to have a women's professional team that the hockey fans of Minnesota can be proud of. I’m looking forward to hitting the ice with my teammates and being able to play for the Isobel Cup!”

The Whitecaps are noted for successful alums, including hockey legends Angela Ruggiero, Julie Chu and Natalie Darwitz. Five members of the Olympic gold medal-winning Team USA in 2018 were Whitecaps players, and former Whitecaps player Lisa Chesson was a member of the 2010 U.S. Olympic Team and is currently a defender for the Buffalo Beauts. Winny Brodt Brown herself is a former member of the U.S. National Team, as well as the first-ever recipient of the Minnesota Ms. Hockey Award.

“When you consider all of the talented players in this area and the passion this community has for the game, the Whitecaps are going to be incredible on and off the ice,” said NWHL founder and commissioner Dani Rylan, continuing on to say that Minnesota’s female hockey players are among the best in the world. “Having Minnesota in the NWHL expands our national footprint and grows our game in so many ways. This is a monumental step for the NWHL.”

Rylan added that with current players getting an opportunity to play professionally, it will help the young girls of Minnesota “dream as big as their brothers.” This aligns with the purported mission of the league to provide strong female role models while advancing the sport of women’s hockey.

Rylan told the Pioneer Press that the league has wanted to add the Whitecaps to its roster since the league’s inception, and plans started fully forming a few months ago, after the NWHL teamed with the Minnesota Wild to hold its annual all-star weekend at TRIA Rink, the Wild’s practice facility in St. Paul.

The NWHL will technically own the Whitecaps, which ESPN reported means they’ll pay player salaries and travel costs. The announcement stated the ownership might just be an initial situation, however, as ownership of the other teams has been picked up by an entertainment group, a team-to-team partnership, and other arrangements.

Full details of the acquisition were not yet disclosed. Also not yet declared was where the Whitecaps will play, though three of the other NWHL teams play their home games in NHL practice rinks.

“I am thrilled to welcome the National Women’s Hockey League to the State of Hockey,” said Governor Mark Dayton. “I am very proud of our Minnesota Whitecaps and the exceptionally talented Minnesotans who play for them. I look forward to cheering, as they win the Isobel Cup next year! Let’s play hockey!”