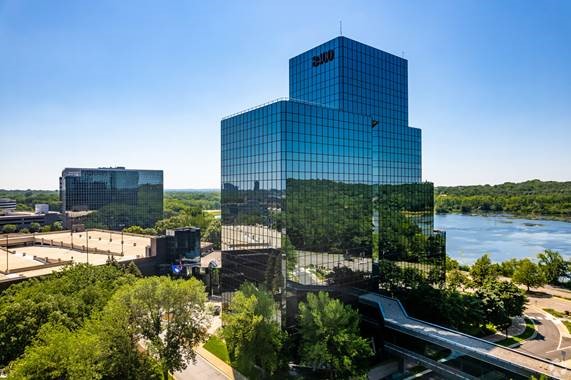 United Financials Capital, a new commercial lending arm established by four of the largest credit unions in the state, played a key role in one of this year’s biggest real estate deals in the Twin Cities.
By Dan Niepow
October 06, 2022

A group of Minnesota credit unions has helped execute one of the largest real estate deals in the Twin Cities metro this year.

In late September, United Financials Capital – a commercial lending arm established by four of Minnesota’s biggest credit unions earlier this year – announced that it helped finance the sale of one of five office towers at the Normandale Lake Office Park in Bloomington.

Mike Dalglish, CEO of United Financials Capital, said that the organization provided the financing for New York-based Opal Holdings to purchase the tower at 8400 Normandale. The first floor of the building is home to Kincaid’s Fish, Steak & Chophouse.

Opal Holdings actually purchased all five buildings in the office park back in June for a total of $366 million. The holding firm acquired the properties from MetLife Investment Management and Allstate. United Financials only provided the financing for 8400 Normandale, Dalglish noted, though he declined to share the price of that particular building.

Dalglish said that Opal leaders reached out to United Financials to work out the deal. “They firmly believe in working with local financing partners on deals,” he said.

Dalglish said that that the sale of the Normandale tower is one of United Financials’ larger deals so far. He declined to say precisely how many deals the organization has landed just yet, but said that there are several more coming down the pipeline. “You will hear more from us,” he said.