Leaders are extremely optimistic about national and global economies in 2017 and plan to increase hiring, R&D and capital expenditures.
By Abe Sauer
February 01, 2017 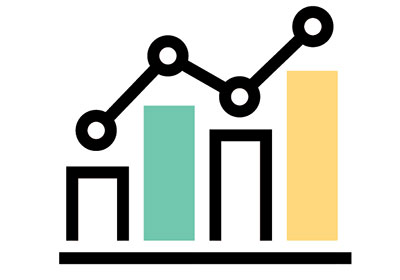 Leaders are extremely optimistic about national and global economies in 2017 and plan to increase hiring, R&D and capital expenditures.

As they look to the months ahead, leaders from across the state are the most optimistic they’ve been about business conditions nationally and globally in nearly five years, according to TCB’s Quarterly Economic Indicator (QEI) study of leadership plans for the first quarter ending March 31.

Half of the 332 who responded to this period’s questionnaire say they expect conditions will improve; 11 percent expect they will worsen and 39 percent believe they’ll stay the same. Those are the highest “improve” and lowest “worsen” percentages since this quarterly analysis began in mid-2011.

Meanwhile, optimism about Minnesota’s economy in the months ahead also is up, but not nearly as much as views on the national and global economies. Thirty percent of respondents say they expect Minnesota’s economy will improve—good news, given this percentage was in the teens and twenties since the fourth quarter of 2015, but still trailing a 22-quarter average of 32 percent.

Finding qualified talent remains a major concern. In previous quarters, at least 1 percent of respondents thought it would become easier to find qualified employees in the months ahead. For the first time, less than 1 percent indicate this going into 2017. Meanwhile, 51 percent expect the prospects to remain the same, while 48 percent say they believe they will get even more difficult.

Every three months, Twin Cities Business sends to more than 15,000 business leaders throughout the state the same set of questions, asking them about plans and expectations for the next three months. This issue’s survey, conducted at the end of December, provides insight into the first quarter of 2017 ending March 31.

Wages are expected to rise at 47 percent of the companies responding to the survey; only 1.5 percent plan to decrease wages, while 51 percent plan to keep them at the same level.

Production levels are expected to rise at 48 percent of the responding businesses—this is up 35 percent from last quarter, and up 14 percent from one year ago. More than half of respondents also expect revenue will increase this quarter, and a record 38 percent expect operating profits will improve, while a record low percentage of only 10 percent expect profits will fall.

These findings of anticipated investment increases are on track with other reports issued within the first week of 2017.

Another question was whether those businesses that plan to expand will do so in Minnesota. This quarter, 56 percent indicated they would, down slightly from 59 percent last quarter and about even with one year ago at this time; 24 percent said they wouldn’t and 20 percent answered “unknown.”

Twin Cities Business conducts its survey quarterly to provide a look at business planning and sentiment among leaders across all industries in Minnesota. An email link to an online survey was sent to 15,729 Minnesota business leaders in late December and reminder emails were sent the following two weeks to those who had not yet completed the survey. The Minnesota Chamber of Commerce provided some of the email addresses used in this outreach. As of Dec. 30, 332 leaders
responded, resulting in a 2.1 percent net response rate.

Percent of 332 Minnesota businesses, by industry, that anticipate increases in these areas during the first quarter of 2017.