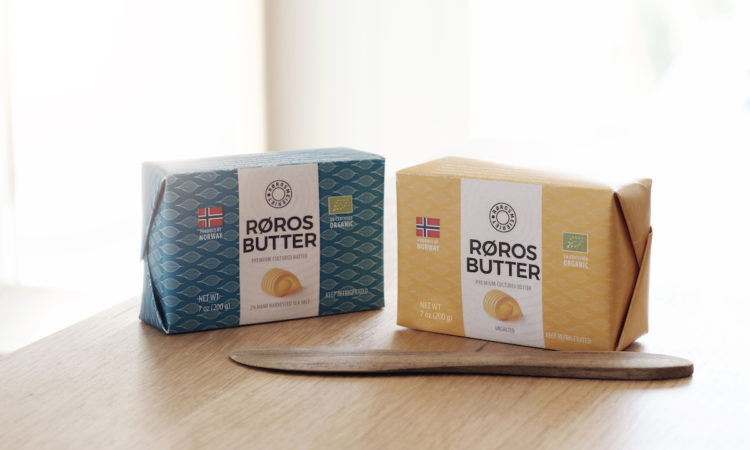 Thanks to the Norway House program, Røros butter is making its American debut in the Twin Cities.
By Josh Miller
November 16, 2021

From a mining town in Norway to the dairy cases of Lunds & Byerlys and Kowalski’s—there’s a new premium butter on the shelves at 60 Twin Cities grocery stores and specialty shops. It comes from a small Norwegian dairy called Rørosmeieriet, named for the Røros region, where it churns the soft butter. Røros butter is used by some of Norway’s top chefs and is beloved by foodies for its rich flavor, which comes from being so high in fat that it’s almost cheese-like. But the makers of Røros didn’t just call up Lunds & Byerlys to make their pitch. The butter got here thanks to a new accelerator program focused on bringing Norwegian products to the U.S. And Minnesota, home to the country’s largest Norwegian population, is an obvious target.

The Norway House in Minneapolis provides a home base for the Business Accelerator Resource Network, an initiative launched earlier this year to support Norwegian entrepreneurs. BARN is intended to help Nordic business founders successfully launch their products and services to the American marketplace. It’s a project befitting the Norway House mission to “establish and advance connections between contemporary Norway and the United States through education and partnerships centered around arts, business and culture.”

As of the 2019 Census, there are 810,300 people of Norwegian descent in Minnesota—about 15 percent of the state’s total population, which is higher than any other state. A heavily Norwegian populace bodes well for the Norway House’s many initiatives meant to strengthen the relationship between the two countries.

“There’s an expanding market in Minnesota for Norwegian products given the strong bond between Nordic countries and the population here,” said Dag Aadne Sandbakken, ambassador for Røros Dairy. “It’s all about trust, connections and networks. The Norway House creates platforms with the competences we need to reach the market.”

BARN participants receive office space at the Norway House, mentorship from local business professionals and exposure to potential investors. The organization is in the midst of an 18,000 square foot addition to its Franklin Avenue building, opening up a realm of possibilities for the Norwegian companies it serves. The additional space will hold trade shows, exhibits, and large meetings, Carleton said.

There are currently about 10 companies in the BARN program in industries ranging from fashion to healthcare to confectionery. Most hope to follow in the footsteps of Nordic Waffles, which got its start selling handheld waffles in Norway and has become a major success story since founder Stine Aasland moved the business to Minnesota in 2016. Nordic Waffles can now be found in grocery stores, at amusement parks and even the Minnesota State Fair where in 2019 it sold 47,000 waffles in 12 days. Aasland co-chairs the BARN accelerator program.

“BARN is going to help many companies from the Nordic countries,” Aasland said. 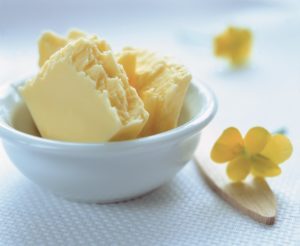 The program recently supported Røros Dairy in its effort to bring its premium butter to the U.S. market, beginning with the Twin Cities this fall. A launch event held last week at the St. Paul restaurant Myriel was attended by some of the region’s most notable chefs and food influencers including Minnesota’s most famous food personality Andrew Zimmern who gave the product rave reviews.

“The butter debuts here in America this week, and I suggest you get some,” Zimmern wrote in an Instagram post caption recapping the event.

From importing to marketing, an international expansion can be challenging for any company—especially a small one. But the Røros Dairy team is confident that their product’s quality, combined with the BARN’s support, will ensure the bold move pays off.

“The bottom line,” said Sandbakken, “is that you have to bring premium, differentiated and quality products to market.”

A Twin Cities native, Josh Miller is a sophomore at Northwestern University in Evanston, IL studying economics and journalism.