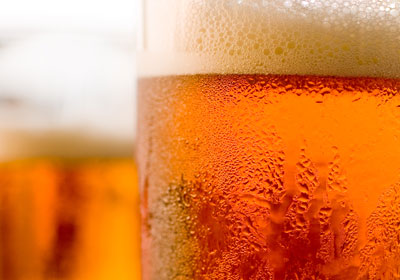 So now we can answer the most burning post-election question, at least for those who live in, work in, or visit Minneapolis:

When will it be legal for the city's neighborhood restaurants to let patrons order a beer before ordering their meal?

And for that matter, when will their customers be free to order a glass of wine — and nothing else? And when can the 70 neighborhood restaurants covered by the city charter rule that was overturned on Tuesday be able to stop worrying about making sure 70 percent of their sales are in food and not alcohol?

It turns out there are two answers to that question: one official and one practical.

The official answer: Jan. 16, 2015. That is the date when the city charter's 70-30 food-to-alcohol sales ratio rule for Minneapolis neighborhood restaurants will officially cease to be law, a date the charter commission put into the amendment when it was proposed earlier this year.

The practical answer, though, is: immediately, which should be welcome news to restaurateurs and their customers. That’s because the city licensing staff has decided to stop enforcing the provisions that voters overturned with 83.4 percent of the vote.

“Effective immediately, we won’t be enforcing those, and we hadn’t been,” said Linda Roberts, the assistant manager of Licensing and Consumer Service. While the charter change was being formulated and during the campaign, the city did not insist that food orders be placed first.

The so-called 70-30 rule was enforced when restaurant licenses were renewed. At that point, restaurants had to show sales records to prove that no more than 30 percent of sales came from beer and wine (hard liquor is not allowed in the neighborhood restaurants). Since none are up for renewal until April, that section won’t come into play again, Roberts said.

“The message to business operators is these sections won’t be enforced,” she said.

The 70-30 ratio was part of a 1997 charter change that for the first time allowed beer and wine to be sold in restaurants outside the downtown area or on large commercial streets like Lake, University or Hennepin. To calm concerns that the new restaurants would be disruptive, the charter language included the 70-30 food-to-alcohol ratio rule.

That ratio, however, has become more and more unworkable with the proliferation (and rising cost) of craft beer and fine wines. The now-overturned charter language also dictated that food had to be served to each customer — and even that food had to be ordered before beer or wine could be served.

In September, the city council adopted a new regulatory system that uses other methods to make sure restaurants do not devolve into nightclubs or bars. Among the new provisions: that menus must be available at all times and that restaurants must still make a “substantial” portion of their revenue from food.