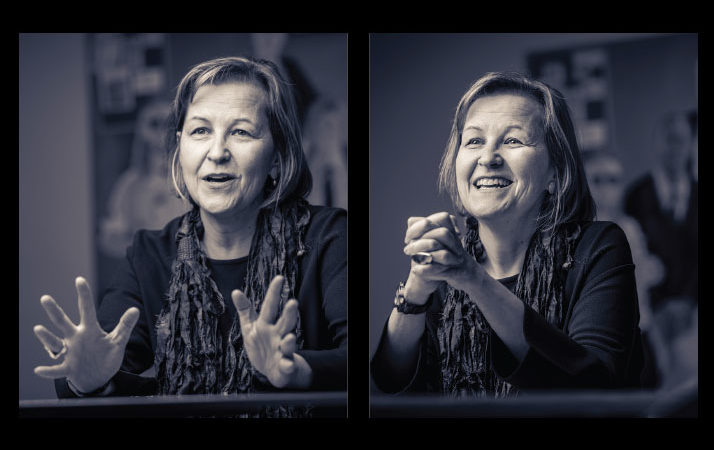 When Feldman moves on the Washington D.C. gallery in March 2019 to replace retiring director Earl Powell, she’ll end a highly successful 10 years with Mia, as well as become the first woman to head the National Gallery.
By Amanda Ostuni
December 12, 2018

After a decade of leading the Minneapolis Institute of Art (MIA), Kaywin Feldman will be taking up the mantle at the National Gallery of Art in Washington D.C. as its new director.

The National Gallery’s trustee board announced Tuesday their choice of Feldman to replace retiring director Earl “Rusty” A. Powell.

When Feldman, 51, assumes the directorship of the National Gallery, she will be the fifth leader in its 77-year history and its first-ever female director.

On the latter milestone, Feldman told the Washington Post, “I do believe it is indicative of a sea change, nationally and internationally. The trustees early on articulated their commitment to diversity, equity and inclusion. It’s something I care about.”

Feldman’s selection comes just over a year after Powell declared that he would step down in 2019 after 25 years of service at the Gallery.

The search for his replacement began in April of this year. Frederick W. Beinecke, president of the National Gallery and co-chairman of the search committee for Powell’s replacement, cited Feldman’s “distinguished career” and “major successes” as what helped her land the job.

“Kaywin Feldman is a dynamic and highly principled leader, a gracious collaborator and an innovator with the skills and vision to lead the National Gallery of Art in the 21st century,” said Beinecke in prepared remarks.

In her tenure with MIA, she is credited with expanding the museum’s collection overall, establishing a contemporary art department, incorporating digital experiences, and improving community dialogue with works centered around social justice and other issues. She broadened the horizons of the museum’s exhibits, too, bringing in more African art, doubling the museum’s Japanese collection, creating historical period-based installations, and launching more unique exhibitions such as: At Home with Monsters, which features art by award-winning filmmaker Guillermo del Toro.

Her efforts led to doubled attendance over her tenure — from 425,000 visitors when she first started to a record 891,000 last year.

In a January interview with TCB, Feldman said her curation decisions were based on a necessity to rejuvenate legacy institutions as customers and marketplaces change.

“Ultimately, serving community needs and impacting human lives is much more important to us than the number of works of art that we can acquire,” Feldman told TCB.

In the same interview, Feldman slightly foreshadowed her departure as she noted directors tend to stay in one museum for an average of seven years.

The won’t be the only adjustment Feldman will have on her plate. According to the Washington Post, the National Gallery has also been plagued by management troubles in its security department, lags in digital strategy, and has had recent reports from employees of sexual harassment, retaliation and favoritism. To help tackle these challenges, Feldman told the newspaper she is planning to spend her first months on the job meeting with staff, the community, trustees and others, to “understand the values of the institution” and devise an approach for moving forward.

She’s looking forward to the opportunity.

“The National Gallery of Art is arguably America's greatest treasure. To be chosen to lead it into its next decades is a profound honor,” said Feldman in a statement. “I am eager to work with the talented team at the Gallery in taking the institution to even greater heights.”

The length and terms of Feldman’s contract with the National Gallery were not disclosed. Recent tax returns show MIA gave Feldman $1,004,403 in salary and deferred compensation in 2016.

Feldman’s tenure as director of the National Gallery of Art will officially begin March 11.