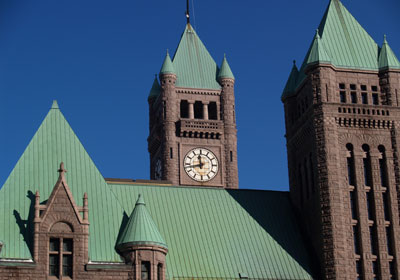 The city’s new initiative aims to help entrepreneurs invest in the community with fewer headaches.
April 13, 2015

Opening a business in Minneapolis will be a little less cumbersome if Betsy Hodges has her way.

During her State of the City address on Thursday, the mayor announced next steps for “Minneapolis: Business Made Simple,” an initiative with the goal of reducing and simplifying regulation.

“We have to make sure that we’re opening the door for our entrepreneurs of the 21st century who want to invest in our city,” Hodges said in a statement.

Though still in the planning phase, the city aims to make several changes, including:

In a news release, the city said they wouldn’t slash regulations, but instead provide “smart regulation that’s clear and easier to follow.”

“While the city has made continuous progress, with this new, coordinated effort, we can have a greater impact and achieve even better results,” city attorney Susan Segal said in a statement.

The city at times battles with perceptions of being unfriendly to business with burdensome regulations, despite frequently high rankings due to quality-of-life factors and a relatively low overall tax incidence.

“Minneapolis is home to thousands of thriving businesses that help make our community a better place and create the jobs of the future,” Hodges said. “When someone wants to open a business in Minneapolis, the city should make it as easy as possible for them to succeed. Sometimes that means simply getting out of the way and making it easier for entrepreneurs to do business.”