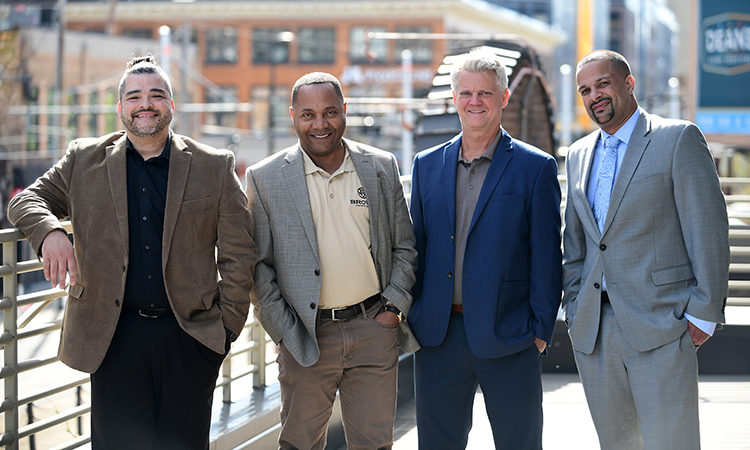 With a “significant investment” from Bank of America, Minneapolis-based Brown Venture Group has raised more than 75 percent of the money it's seeking for its inaugural fund.
By Dan Niepow
December 10, 2021

Venture capital has, historically, been a white guys’ game. A cursory look at the numbers certainly bears that out: In the first half of 2021, Black entrepreneurs secured just 1.2 percent of the record $147 billion in venture capital invested in U.S. startups, according to an analysis by Crunchbase. In 2020, Black founders landed only 0.6 percent of U.S. venture capital dollars.

Women haven’t fared much better, having secured just 2.3 percent of U.S. venture capital in 2020, according to Crunchbase.

But a Black-led Minnesota VC firm hopes to shake those numbers up, and it’s been gradually raising the money to get there. Minneapolis-based Brown Venture Group — one of the few Black-led VC firms in the U.S. and the only one in Minnesota — is nearing its goal to raise $50 million for its inaugural fund, which is being distributed to tech entrepreneurs of color across the country.

A Thursday filing with the U.S. Securities and Exchange Commission showed that Brown Venture Group has sold $6.8 million in securities since August. Campbell said the filing is essentially a formality that paved the way for Brown Venture Group to call on promised capital and invest it in other startups. The firm’s current pot of promised investments includes a $10 million commitment from electronics retailer Best Buy.

By the end of 2021, Brown Venture Group will have invested in a dozen startups, Campbell said.

Campbell said he and fellow co-founder Chris Brooks launched the firm with one primary question in mind: “How can we make sure that venture capital actually works for BIPOC communities?” (BIPOC is a newer term that refers to Black, Indigenous, and other people of color.)

Through discussions with BIPOC founders, Brown Venture Group found a recurring theme. While there are loads of accelerators and VC firms out there, many require participating startups to complete a “friends and family” round of fundraising first. That’s not something every founder can pull off. Part of Brown Venture Group’s mission is to fill in the gaps and help diverse founders get on their feet. But the firm plans to make traditional investments, as well.

Campbell isn’t the only venture capital leader in town that hopes to flip the “friends and family” model. Reed Robinson, the co-founder of Beta.MN, has launched a firm known as Groove Capital Investments, which is specifically targeting early stage companies.

Meanwhile, Brown Venture Group’s leaders still have their eyes on big-name investors like Bank of America and Best Buy, but they’re keeping their options open for interested parties of any size.

“We have big investors, but we also also don’t exclude smaller check sizes form people who care about the mission,” Campbell said.

Brown Venture Group, which invests exclusively in BIPOC entrepreneurs, takes equity in all the startups it invests in. The investors themselves also get a piece of ownership in the startups. Campbell said that follows the “traditional model of venture capital” firms. But his firm stands out from the pack in its sole focus on diverse founders.

“We don’t have to sacrifice good returns for making an impact,” Campbell said. “Every time a company is launched by a BIPOC entrepreneur, they’re creating jobs and generational wealth.”

Ultimately, Campbell hopes that investors see their participation as more than charity work. As he put it in a recent TCB 100 roundup video: “We must switch our thinking from doing for communities of color to doing with communities of color. When you do things for, it’s a project, projects get cut. When you do things with, it’s a partnership. Partnerships get invested in.”