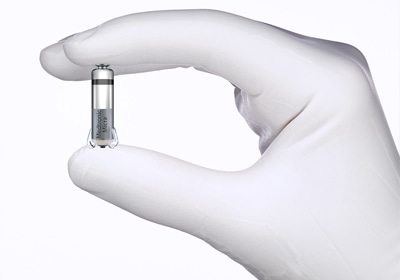 The U.S. Centers for Medicare and Medicaid Services (CMS) extended its coverage of pacemakers on Thursday to include leadless models, or ones inserted inside the heart instead of attached by wires.

The decision will significantly cut the out-of-pocket expense for Medicare patients that are being fitted for the latest pacemaker devices, which help regulate the heart rhythm of individuals suffering from cardiac disease and arrhythmia.

So far, Medtronic is the only company to offer a leadless pacemaker that’s been cleared by the U.S. Food and Drug Administration. (Rival devices — the Nanostim by St. Jude Medical and the Empower by Boston Scientific — are still awaiting FDA approval.)

Meanwhile, Medtronic’s Micra Transcatheter Pacing System (TPS) has been approved for use in both the U.S. and Europe.

New leadless pacemakers have been lauded for their less-invasive nature and the fewer complications that arose post-operation compared to conventional pacemakers.

Prior to extending its coverage, Medtronic and other medtech companies with leadless pacemakers would have been hard-pressed to convince patients to buy the new model. With many older models already covered by Medicare, the estimated cost of around $10,000 for the leadless pacemaker alone would fall on the patient.

Liddicoat added, “We are working closely with CMS to ensure patient access to the Micra TPS as quickly as possible under this decision.”