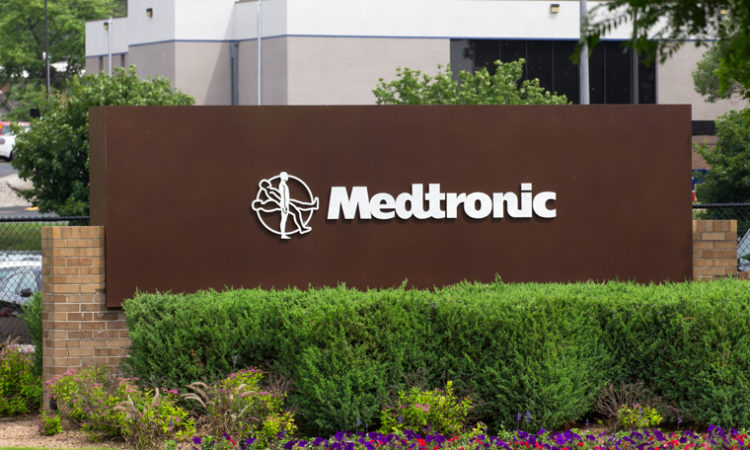 The medical device giant says it plans to move its patient monitoring and respiratory intervention businesses into a single separate company.
By Winter Keefer
October 24, 2022

Medtronic plc has announced plans to separate two parts of its medical surgical portfolio into a single separate company within the next year and a half.

On Monday, the medical device giant outlined a plan to cleave off its patient monitoring and respiratory interventions businesses into one separate unit. Medtronic officials described it as a move that represents the next step of an ongoing portfolio assessment.

“We are executing on our portfolio management strategy, taking action to create value for Medtronic and our shareholders,” Geoff Martha, chairman and CEO of Medtronic, said in a news release announcing the plan. “This separation will allow Medtronic to focus our company and our capital on opportunities better aligned with our long-term strategies to accelerate innovation-driven growth, and will position [the new entity] to unlock value.”

He went on to say that the new combined unit “will be a leading connected care company with a compelling leadership position, attractive margins, and potential for growth acceleration with increased investment and dedicated capital allocation.”

In the fiscal year 2022, the patient monitoring and respiratory interventions businesses generated global revenue of approximately $2.2 billion.  That accounted for about 7% of Medtronic’s $31.7 billion in annual sales that fiscal year.

After the announcement, Medtronic’s stock rose about 0.6% at market close on Monday.

The patient monitoring and respiratory interventions businesses are both part of Medtronic’s respiratory, gastrointestinal, and renal division within the company’s medical surgical portfolio. Medtronic expects the separation to be completed in the next 12 to 18 months.

In a presentation to investors, Medtronic said it plans to pursue the separation “via a tax-free distribution.” The plan still needs final approval from Medtronic’s board and other regulatory approvals, according to the presentation.

This is the second time this year Medtronic has announced a planned separation of its portfolio. In May, the Star Tribune reported Medtronic announced plans to spin off its renal care business to create a new independent company with DaVita Inc. Each company will own 50% of the new company.

Outside of separating businesses, Medtronic has worked to acquire smaller medical equipment companies over the past year. In January, the company announced a deal to acquire Boston-based cardiac technology firm Affera Inc for nearly $1 billion. This acquisition isn’t expected to close until 2023. Medtronic also completed the acquisition of health care equipment company Intersect ENT for $1.1 billion this year.

Medtronic’s patient monitoring and respiratory interventions businesses employ 8,000 people worldwide. It is technically headquartered in Dublin, Ireland, for tax purposes, but it maintains an executive office in Fridley.