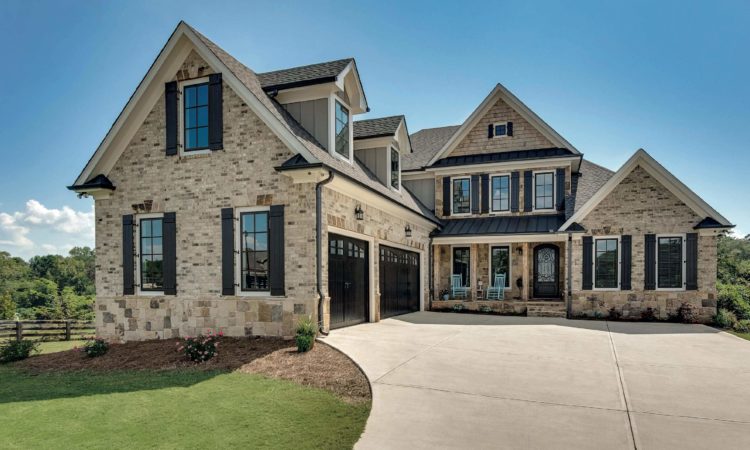 The Warroad-based manufacturer halts factory furloughs and will return salaries to pre-pandemic levels on Aug. 1.
By Liz Fedor
July 31, 2020

Resilience in the U.S. housing market has allowed Paul Marvin, CEO of The Marvin Companies, to end factory-worker furloughs this week and restore employee benefits on August 1.

Shortly after Covid-19 delivered a body blow to the economy in mid-March, Marvin made multiple cost-cutting moves. “Back in March and April, we saw orders tank,” Marvin said in a late July video message to employees. “We went from beginning 2020 as one of the strongest in Marvin’s 108-year history to losing 25 percent of our sales in one month’s time.”

In response, Marvin’s workforce was told to prepare for pain, but management reassured employees that they wouldn’t lose their jobs. Marvin, which operates 14 manufacturing plants in eight states, temporarily furloughed some of its factory workers, froze or cut the pay of salaried employees, and reduced its 401(k) match on retirement plans.

But Marvin recently told employees that the housing market rebounded “faster than anyone in the industry could have dared hope.” The upswing in customer orders for windows and doors has lasted long enough that Marvin decided to lift pandemic-related cuts on its workforce.

“As of August 1, for the team members whose pay was frozen or reduced, we will reinstate your normal pay level along with your 2020 merit increase,” Marvin told employees. The company also is fully reinstating its match on 401(k) contributions for salaried and hourly workers.

Marvin is a fourth-generation member of the family that owns the Warroad-based business, which now employs more than 6,000 people. “Marvin has not laid off any employees,” Paul Marvin told TCB on Thursday. That was one of the company’s overarching goals.

But it still needed to save money after the coronavirus surfaced. So the company furloughed many factory workers for one to two weeks between April and July. “Furloughs were completed the week of July 27, and we do not have additional furloughs planned at this time,” Marvin said.

When employees were on furloughs, they received their state’s unemployment benefits and $600 per week in enhanced benefits from the federal government. Marvin maintained their employee health insurance during the furloughs.

In an email exchange with TCB on Thursday, Marvin also addressed questions about the company’s recovery, continued efforts to combat Covid-19, and the national economy.

“Our business is very strong right now,” Marvin said. “We have every reason to believe Marvin will be profitable in 2020 based on current performance.” Product demand is high enough that some Marvin employees are working overtime shifts. “We are hiring at almost all manufacturing locations,” Marvin said.

Despite a high rate of unemployment in the United States, the National Association of Home Builders reported that sales of new single-family homes rose dramatically in June. Demand was particularly high in suburbs and exurbs, where there is lower-density than in big cities that have been particularly vulnerable to the transmission of Covid-19.

During the pandemic, some Americans have been fleeing big cities and buying homes in smaller communities. Others are spending money on their existing homes. Marvin said, “As we cancel vacations and avoid gathering in public spaces, our desire for increased comfort at home—where we now live, play and work—continues to increase as a priority.”

In the past several weeks, Marvin said, customer orders have been strong across multiple product lines. However, he said, there has been a “large surge” by homeowners who want to purchase new windows. “Our turnkey window replacement division, called Infinity from Marvin, has indeed seen phenomenal growth since May,” he said.

While Marvin said he’s optimistic about his company’s performance in the coming months, he expressed some of the same concerns that Federal Reserve Chair Jerome Powell did earlier this week. Powell pointed to evidence of a slowdown in the economic recovery.

“There is a good deal of risk in the overall economy that has yet to play out,” Marvin said. “Another pullback seems inevitable.”

There is a growing chorus of business and political leaders who argue that the economy cannot get on a sustained recovery path until Covid-19 is brought under control.

Recognizing that it could be easy to spread the virus in plants, Marvin quickly established safety protocols in March for its workers. In mid-May, Marvin also instituted a mask requirement for its plant workers. That step came more than two months before Minnesota Gov. Tim Walz announced a mask mandate for the state.

“As the pandemic goes, so goes our national economy, so goes the housing industry, and so goes Marvin,” the CEO told employees. “Please continue to limit your interactions with others. Stay distanced. Wear a mask. Wash your hands. We’re not out of the woods yet.”

While Covid-19 cases rise around the country, Marvin told TCB his company continues to do pre-shift health screenings to make sure that sick people don’t go to work and that they get the health care they need. “We have also implemented a comprehensive contact tracing protocol to enable us to track any positive case to its likely point of origin, which has consistently been outside of the workplace,” he said. “Marvin has not had any outbreaks within our manufacturing facilities and continues to stringently monitor our workplace controls to make it one of the safest places our team members can be.”