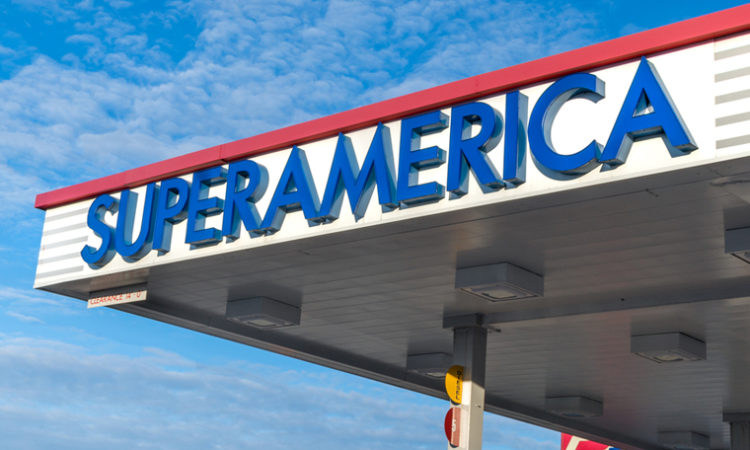 The acquisitions are part of a buyout deal with Andeavor, parent company of SuperAmerica and the refinery.
By Amanda Ostuni
May 01, 2018

The St. Paul Park oil refinery and its affiliated network of SuperAmerica gas station stores are once again set to fall under new ownership.

Marathon Petroleum Corp. struck a $23 billion deal on Monday to acquire all the outstanding shares of San Antonio-based Andeavor. The acquisition will make Marathon the largest oil refinery in the U.S., as well as transfers ownership of Andeavor’s properties to rival Marathon. Andeavor owns the SuperAmerica brand, which boasts 285 stores across Minnesota, Wisconsin and South Dakota, and the bakery and commissary in St. Paul Park that supplies the stores.

The Star Tribune reported that 170 of those stores are franchised, but employment figures for SuperAmerica’s stores remain private. The St. Paul refinery itself employs more than 350 people.

Andeavor’s assets and properties also include a 17 percent ownership share in a crude oil pipeline that runs from Clearbrook to the Twin Cities, and the brand Tesoro. Tesoro has been the owner of St. Paul Park for less than a year and the impending transaction will mark the refinery’s fourth owner in eight years, as reported by the Star Tribune.

Owner investment in the facility has grown its capacity by over 30 percent since 2010. It now has a production capacity of 102,000 barrels of oil. In acquiring the refinery, along with the rest of Andeavor’s network, Marathon will create the largest U.S. refining company, with widespread geographic reach.

Marathon already has refineries in Kentucky, Ohio, Michigan, Texas and Louisiana, and Andeavor has six sites in western states as well as one in Alaska and two in North Dakota.

“This transaction combines two strong, complementary companies to create a leading U.S. refining, marketing, and midstream company, building a platform that is well-positioned for long-term growth and shareholder value creation,” said Gary R. Heminger, MPC chairman and chief executive officer, in a statement. “Each of our operating segments are strengthened through this transaction, as it geographically diversifies our refining portfolio into attractive markets… and creates a nationwide retail and marketing portfolio that will substantially improve efficiencies and enhance our ability to serve customers.”

Heminger and Greg Goff, Andeavor’s chairman and chief executive officer, added that the two companies are also complementary in their core values – of safety, environmental stewardship, and community involvement. With that in mind, the combined company boasts a mission of being an “excellent corporate citizen.”

Goff will join MPC as executive vice chairman and, along with three other Andeavor directors, will join the board of directors of Marathon Petroleum. Headquarters for the combined company will be in Findlay, with an office maintained in San Antonio.

The deal has been unanimously approved by the existing boards of both companies and is expected to close in the second half of 2018.