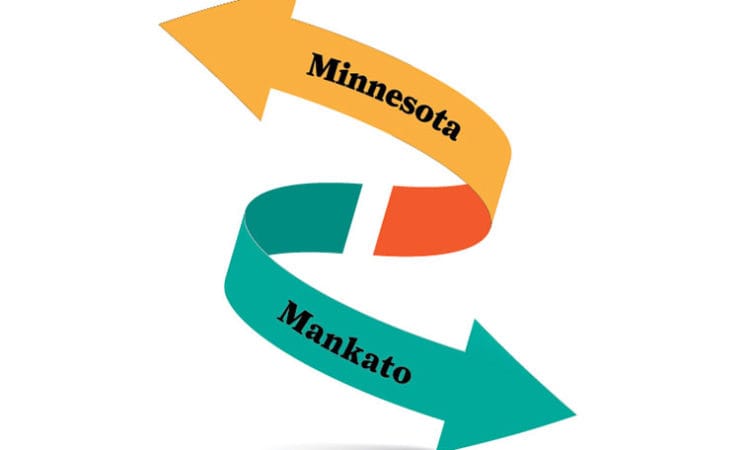 Minnesota’s economy keeps growing, but Mankato-area employment is declining because the region doesn’t “have people to fill the vacancies,” says Jonathan Zierdt, president and CEO of Greater Mankato Growth, the regional chamber of commerce.

It is an explanation that makes sense to Steve Hine, research director at Minnesota’s Department of Employment and Economic Development (DEED). “Mankato may be the tip of the spear” in Minnesota’s looming workforce shortage, he says.

Mankato is the only metropolitan statistical area (MSA) in Minnesota that has been reporting negative numbers in DEED reports that tally total employment. A recent report, based on employer surveys, estimated that the Mankato MSA lost 171 jobs over the previous 12 months. Meanwhile, the Twin Cities area gained 39,996 jobs, a 2.1 percent increase.

“We were on a constant nice trot of increases in jobs. The last six months, we have seen it flatline,” Zierdt says. While the recent DEED report indicates the drop was only 0.3 percent, Zierdt says leaders in the Mankato area know they have a problem. When he meets with company owners, he asks them if they have job openings they can’t fill. He’s found that a worker shortage is commonplace. “It is impeding them from expanding.”

Mankato has been hit with store closings by Sears, Gordmans and Gander Mountain, but Zierdt says that those workers are being redeployed to other employers, including manufacturers.

Those retail workers were just a small part of the job base. Employment in the Mankato MSA, which covers Blue Earth and Nicollet counties, is 57,571. “Their persistently low unemployment rate doesn’t give them any room to expand without being able to attract new workforce participants,” Hine says, noting an unemployment rate around 3 percent over the past three years.

“We launched a talent initiative last summer,” Zierdt says, which includes a website hub to promote the Mankato area, strategies to address child care and transportation needs, and financial incentives for employees.

Based on workforce projections, Zierdt says that Mankato leaders need to attract 3,000 people to their area by 2020. That target is based on replacing retired workers and hiring for new jobs at growing employers. —Liz Fedor