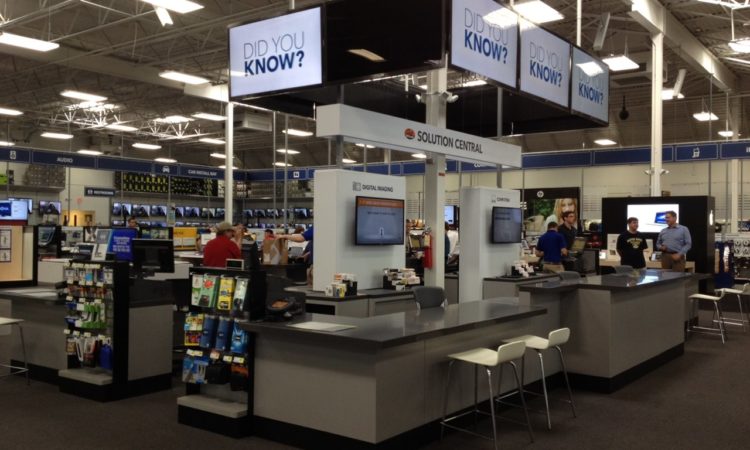 As the electronics retailer plans its exit, the mall sets sights on first-to-market store.
By Allison Kaplan
May 25, 2018

Best Buy is closing its Mall of America store this summer after 10 years at the mall.

Employees were told this week that the hometown electronics retailer did not plan to renew its lease at the Bloomington mall, which is within seven miles of two other Best Buy stores. “Our Mall of America store has been a great way to showcase our brand. But, as we have said, we look at every lease that comes up for renewal and we consider a number of factors in making the decision,” said Jeff Shelman, a Best Buy spokesman.

The departure will leave MOA with a 45,000-square-foot vacancy on the third floor of the west side. Beyond the substantial space it occupied, Best Buy brought high profile events to the mall, partnering on album releases, concerts, and celebrity appearances.

But MOA is trying to put a positive spin on the departure. “Given the evolution of the market and our customer demands, we have instead decided to pursue a new first-to-market innovative concept for our guests,” spokesman Dan Jasper said on Friday. “We look forward to making an exciting announcement for that space in the near future.”

He declined to offer specifics.

Best Buy’s mall experience was a mixed bag. The indoor entrance made Best Buy at MOA a popular destination for events that attracted a crowd, like Black Friday doorbusters or new product releases. Shoppers could line up in the heated mall corridors, rather than outside in a parking lot. But without its own exterior door, the mall wasn’t the most convenient place to buy big screen TVs and the large appliances that are increasingly important to Best Buy’s business model. Locals tend to gravitate to nearby standalone stores where they can drive up to the door to load merchandise. Tourists aren’t generally shopping for those larger items.

After years of trying to make the mall work for big ticket items, like furniture and televisions, MOA is now focusing more on entertainment. The new CMX Market Cinema features a food hall. Wahlburgers, the burger restaurant from actors Donnie and Mark Whalberg and their brother Paul, a chef, opened its first Minnesota location at MOA this week. XD Ride, an immersive and interactive video game experience, will open its first Midwest location at MOA this summer.

For Best Buy, the decision to exit MOA will mark the third recent store closing on the company’s home turf in Minnesota. Last fall Best Buy closed stores in Blaine and Inver Grove Heights, opting not to renew leases for those stores. After closing the MOA store, Best Buy will have 13 remaining stores in the Twin Cities metro area and a total of 19 stores across the state.

Best Buy closed 11 stores in fiscal 2017 and shuttered another 18 locations in fiscal 2018. The company did not open any new stores during those years, but will open a new location in Salt Lake City this fall.

The company is being selective about its store closings. Best Buy’s annual filing with the U.S. Securities and Exchange Commission noted: “In fiscal 2019 and beyond, we will continue to look for opportunities to optimize our store space, renegotiate leases and selectively open or close locations to support our operations, as evidenced by our recent announcement to close all of our remaining Best Buy Mobile stand-alone stores in the U.S.”