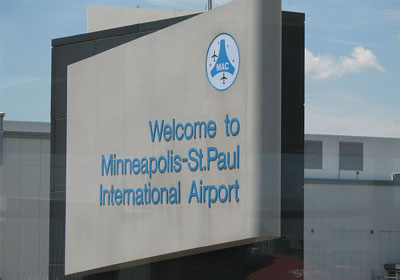 As hotel construction explodes in nearby Bloomington, the Metropolitan Airports Commission wants to put one on site.
December 12, 2014

The Metropolitan Airports Commission released a request for proposals this week, looking to build a full-service hotel at the Minneapolis-St. Paul International Airport.

Officials at one of the nation’s busiest airports want a 200- to 250-room hotel with a restaurant and bar, conference space, fitness facilities and other amenities, according to the RFP.

According to Finance & Commerce, the proposed location is near the post office facility and light rail station. The building will have to conform to Federal Aviation Administration rules on height and build quality on an already tight site.

“The big constraint is space,” Herb Tousley, director of real estate programs for the University of St. Thomas, told Finance & Commerce. “They can’t go up high and there’s not a lot of extra space.”

The idea of a hotel at the airport has been floating around for some time and it was mentioned as high up on MAC officials’ wish lists during an airport-focused luncheon in September.

Proposals for the project are due by Dec. 18.